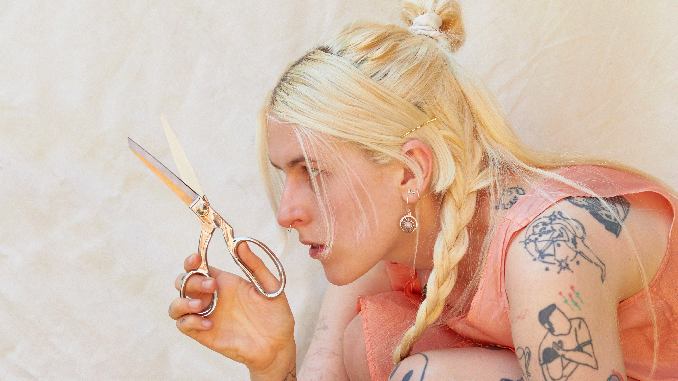 Chicago-based indie-rock musician Lala Lala (aka Lillie West) has announced that her follow-up to 2018’s The Lamb, I Want the Door to Open, will be out Oct. 8 on Hardly Art Records.

For the new album, West sought to seek broader concepts through more ambitious thematic elements and external songwriting, describing it (per a press release) as “a musical quest undertaken with the knowledge that the titular door may never open; but it is through falling in love with the quest itself that one may find the next closest thing. It’s a bold exploration of persona and presence from an artist questioning how to be herself fully in a world where the self is in constant negotiation.” The album was produced with Yoni Wolf of WHY?, and features contributions from Nnamdi Ogbonnaya, OHMME, Kara Jackson, Ben Gibbard and more.

Alongside the album announcement is “DIVER,” a track featuring Ogbonnaya’s drum contributions that West refers to as “the thesis of the album.” Immediately evident of a grandiose direction for the artist, the song’s tall synths, exuberant strings and catchy vocals make it feel bold and ambitious.

Arriving with the track is a video directed by West and Brielle Brilliant, in which West is a diver meant to find keys that have frozen solid. Check it out below alongside the album’s cover art and tracklist.


I Want the Door to Open Album Art:


I Want the Door to Open Tracklist: