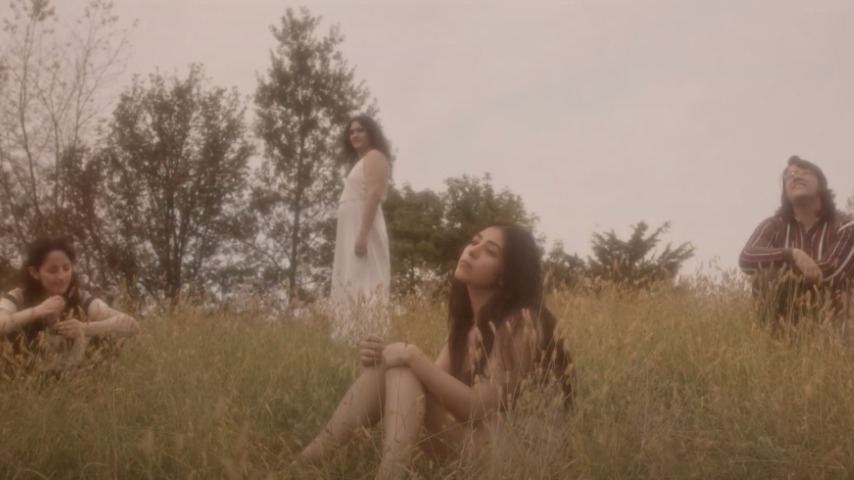 Brooklyn quartet Pom Pom Squad have dropped their first single of 2021 and first release on City Slang Records in “LUX,” along with an accompanying music video. The song follows a string of singles released after their 2019 album Ow, including “Red With Love” and a cover of Tommy James & The Shondells’ “Crimson & Clover.”

“LUX” is a noisy, energetic showing from Pom Pom Squad. Singer Mia Berrin goes in for the kill with her riot grrrl-infused vocals against the heavy rock that band members Mari Alé Figeman, Shelby Keller and Alex Mercuri cook up on the explosive new track. The video for “LUX” shows the band in a montage of high school in suburbia, running through school grounds, having sleepovers and playing a school dance.

“It’s about the fear of intimacy I felt as a teen that stemmed from negative early experiences of male attention,” says Berrin of the song. “The Virgin Suicides, one of my very favorite movies, captured that fear in a way that deeply resonated—the scene where Trip leaves Lux alone on the football field. He had gone through the effort of making her love him and then, when he got what he wanted, he left.”

Berrin adds that the traction her original “LUX” demo managed “was the first lightbulb that maybe I had a calling in music. The release has been a long time coming, but ultimately, I’m glad I waited so that I could really do right by this thing and simultaneously, by my teenage self.”

Watch the video for “LUX; (dir. Berrin and Julia Sub) below.