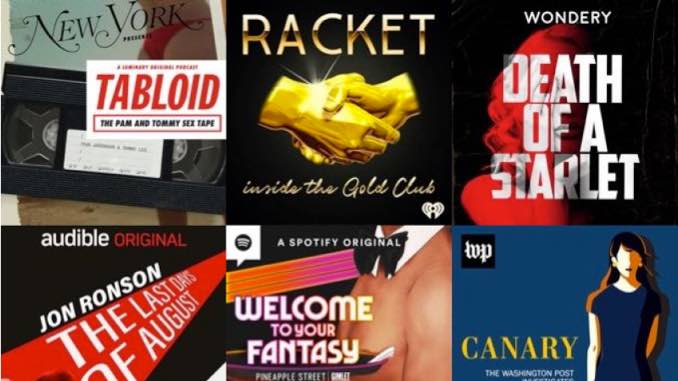 Once Upon A Time……In The Valley

Death Of A Starlet

Dorothy Stratten was the “it girl” for Playboy, becoming a rising star after getting discovered while working at a Dairy Queen in Vancouver. Sleazy hustler Paul Snider honed in on her knockout looks, grooming her towards a modeling career. Snider’s perseverance led Stratten to the pages of Playboy, movies and TV. In a fit of jealousy and rage, a murder-suicide ensues prompted by her fast track to stardom. It’s gruesome and dark, but the scenes from the Playboy mansion in the ’70s are a fun, naughty throwback.

Welcome To Your Fantasy

Paul Snider, the man behind Dorothy Stratten’s career (and ultimately her murder), had the idea for a male-exotic-dancer night at a club. Before his suicide, he presented the concept to entrepreneur Steve Banerjee. He ran with it and partnered with show producer Nick de Noia. They turned Chippendales into a worldwide success. In the ’80s the bowties, greasy bodies and tight pants were featured on everything from Saturday Night Live to Phil Donahue. Host Natalia Petrzela interviews former dancers and maps out the business relationship that led to a shocking murder. This is easily one of the most fun and interesting podcasts of the year.

In the ’90s, Atlanta’s Gold Club was the splashiest, most exclusive strip club in America—home to celebrities, big-name athletes and corporate executives. Champagne, sex and debauchery was offered nightly until it was raided by the FBI for racketeering. Racket takes you behind the scenes of what really happened, and the Mafia ties, dancers, corruption and management that enabled all of it. You’ll hear all the salacious stories that led to trials that kept the Gold Club in the headlines for years.

How did an explicit sex tape change sex in pop culture? Host Lux Alptraum examines how Tommy Lee and Pam Anderson’s vacation love-making launched decades of celebrity sex tapes. Theirs was the first of its kind, and it changed the game completely. You’ll learn about how the tape of America’s hottest couple got out, what they did about it, and how it paved the way for others like Kim Kardashian and Paris Hilton. Tabloid is a relevant cultural analysis with all the juicy details to back it up.

One of the first true-crime podcasts to become a TV miniseries is based on a love story that went psycho—and that’s not even the half of it. Divorcee, interior designer Debra Newell was attractive, wealthy and single when she met John Meehan on a dating app. He seemed nice at the beginning, even if he is a little shady. The relationship moved fast, even while Newell’s family grew increasingly suspicious. Christopher Goffard’s LA Times investigation takes you on a wild ride of sex, obsessive love, crime and secrets that lead to a dramatic ending you won’t see coming.

A rape case in the Washington, D.C., area leads to an unlikely connection. When hairstylist Lauren Clark was sexually assaulted, the judge presiding gave the offender a light penalty. In Alabama, baker Carole Griffn learned about the case. She had personal experience with this judge—she claims she was sexually assaulted by him when she was a child. The unlikely connection brought the women together as they faced our complicated legal system, especially when it comes to rape and sexual assault. Investigative journalist Amy Britton reports on this powerful project from The Washington Post, years in the making.

It’s hard to not have a visceral reaction with the recent prison release of Bill Cosby. Nicki Weisensee Egan presents a detailed timeline on the rise and fall of “America’s Dad.” It starts with Andrea Constand, who exposed how he would coerce women, make them feel special, and then drug and rape them. You’ll hear the stories from victims as they detail the predatory behavior that ruined their lives. There is some vindication though as statute of limitation laws are changed due to activism from the victims. This shines a light on the #MeToo movement even though Cosby’s recent freedom feels deflating.