Chicago rapper Juice WRLD passed away almost two years ago, but his legacy continues to shine.

The biggest single on the list is the Nick Mira-produced “Lucid Dreams,” which is now certified 9x multi-Platinum and is closing in on achieving the rarely earned Diamond status.

Several other songs have gone 2x and 3x multi-Platinum, and the Mira-produced “All Girls Are The Same” is now at 5x multi-Platinum certified, making it the second most successful track in his discography.

Juice’s very first certification from the RIAA came roughly a year before his tragic passing, with the Mira-produced “Lean Wit Me” achieving both Gold and Platinum status on the same day. On October 29, the song was certified 2x and 3x multi-Platinum. 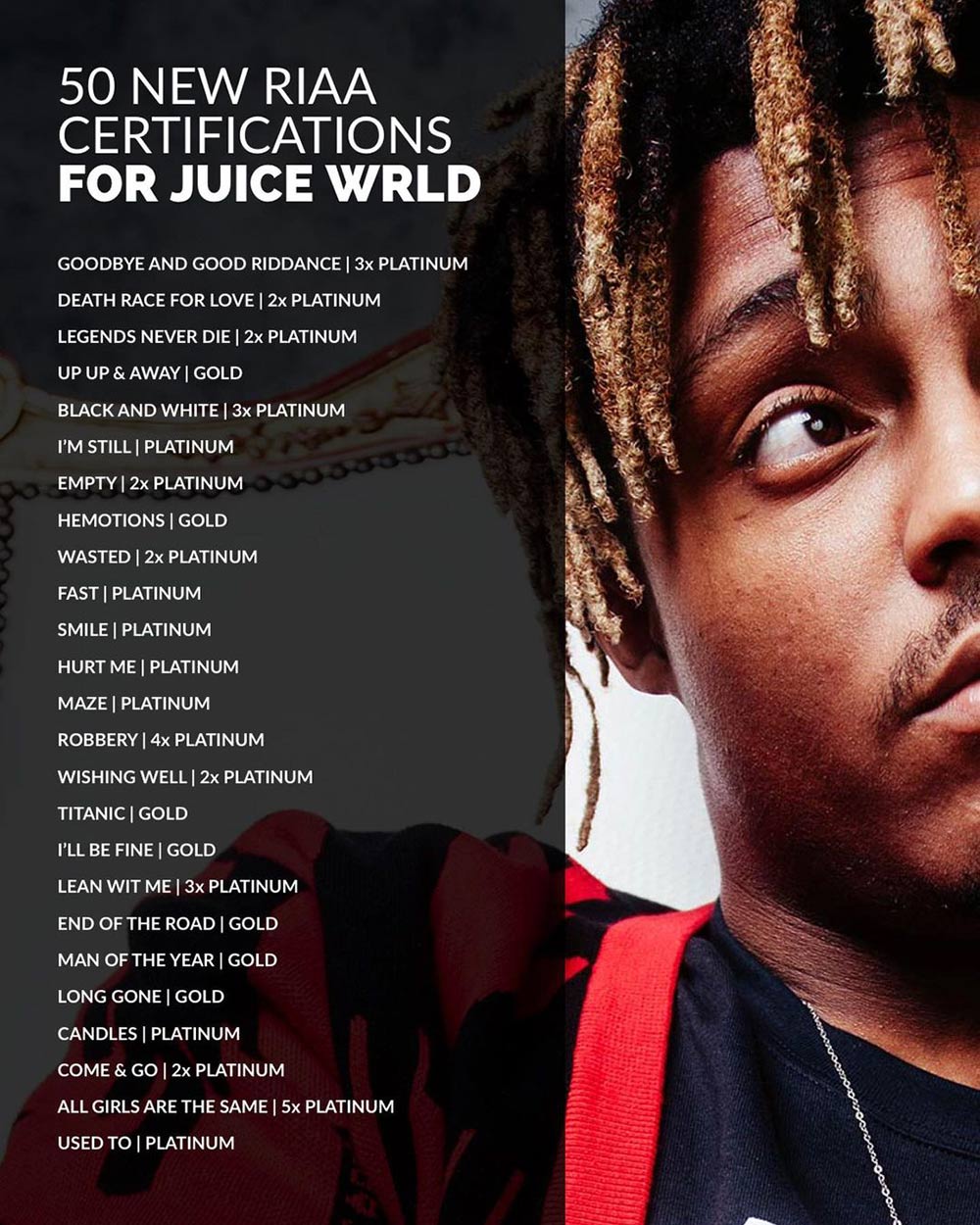 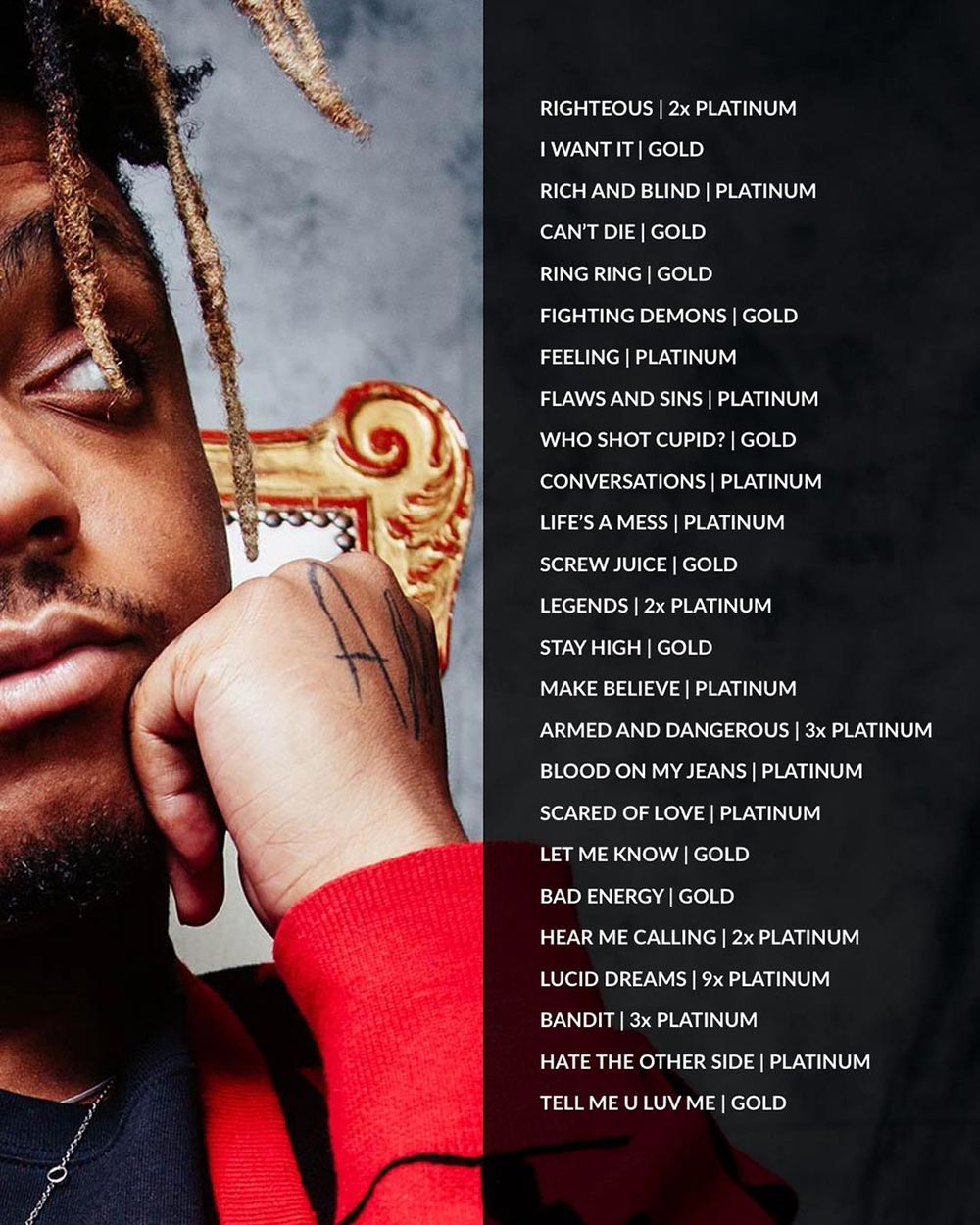