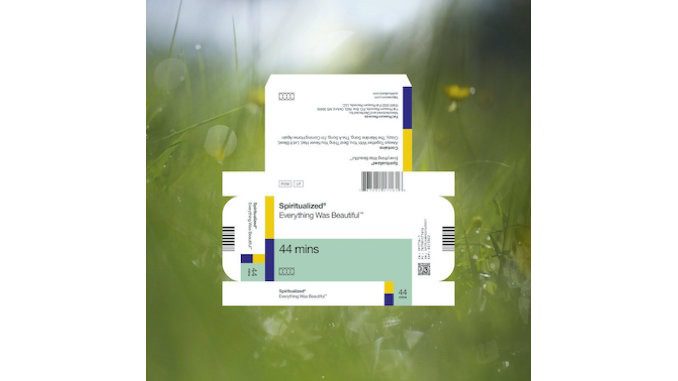 London space-rock institution Spiritualized have announced their ninth album, Everything Was Beautiful (Feb. 25, Fat Possum/Bella Union), the follow-up to 2018’s And Nothing Hurt (the titles of which combine to form a beloved Kurt Vonnegut quote). The self-directed video for lead single “Always Together with You”—a lush rework of a demo the band released in 2014—is out now.

Everything Was Beautiful sounds like a classic case of finding isolation’s silver lining, creatively speaking: “I felt like I’d been in training for this my whole life,” Spiritualized’s J Spaceman recalls in a statement. Amid the “beautiful solitude” of walks through an empty London, Spaceman shaped the new record in his head. He plays 16 different instruments on Everything Was Beautiful, which was recorded at 11 different studios, as well as Spaceman’s home, with more than 30 collaborators, including Spaceman’s daughter Poppy.

“There was so much information on [the album] that the slightest move would unbalance it, but going around in circles is important to me,” Spaceman explains. “Not like you’re spiraling out of control but you’re going around and around and on each revolution you hold onto the good each time. Sure, you get mistakes as well, but you hold on to some of those too and that’s how you kind of … achieve. Well, you get there.”

Everything Was Beautiful opener “Always Together with You,” known in its previous form as “Always Forgetting with You (The Bridge Song),” is as sweet and spacey as you’d expect, with classic pop melodies emanating through a downright celestial haze. The purposefully formulaic verses find Spaceman making a series of romantic oaths, the ultimate being, “If you want a universe / I would be a universe for you.” Eventually, his voice is layered over itself, as if crossing over into multiple dimensions at once—starry-eyed guitar riffs elevate the melody like rocket boosters, uplifting it into, then beyond the stratosphere.

Spiritualized have announced an extensive 2022 tour, running from March through May. You’ll find their North American dates down below, along with the “Always Together with You” video and the details of Everything Was Beautiful. You can preorder their new record right here.


Everything Was Beautiful Tracklist:


Everything Was Beautiful Album Art: