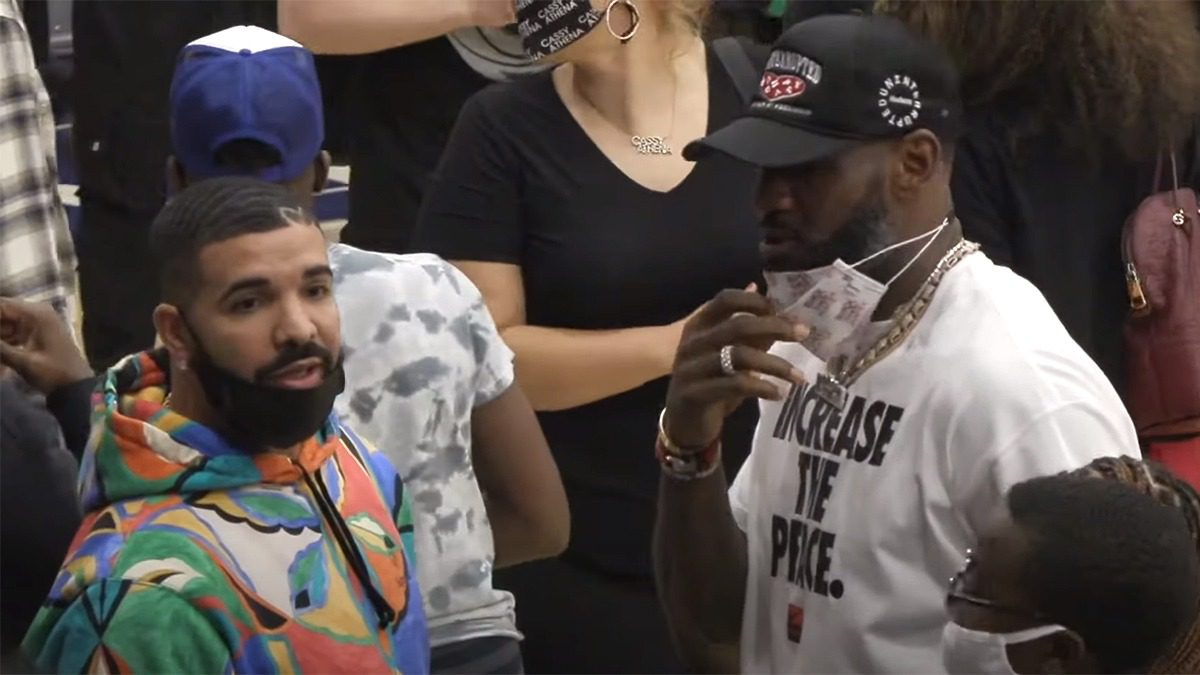 The Trailblazers were heading into their fourth straight sectional finals—coming in with a 15-0 record—but an injury back in February caused Bronny to miss the majority of the regular season. Bronny finished the game with 7 points (in 15 minutes), and teammate Amari Bailey led all scorers with 33 points. Despite a strong performance from both Bailey and Bronny, the Corona Centennial defeated the Trailblazers, 80-72. Bailey, a highly skilled 6-foot-4 shooting guard, is set to join the UCLA Bruins men’s basketball program after graduating high school. In a clip making the rounds on social media, Drake and LeBron are seen getting out of their seats in reaction to a monstrous dunk by Bailey late in the game.

Both of those superstars also took the time to give Bailey some words of encouragement after the loss.

“Drake came up to me afterward and he just said, ‘Do you know how many L’s I’ve taken in my life to get to where I am? Keep your head up,” Bailey told Yahoo! Sports. “And Bron just reminded me that he lost the Finals on his home court and came back and won a championship the next year.”

Check out some footage below via SLAM and more.