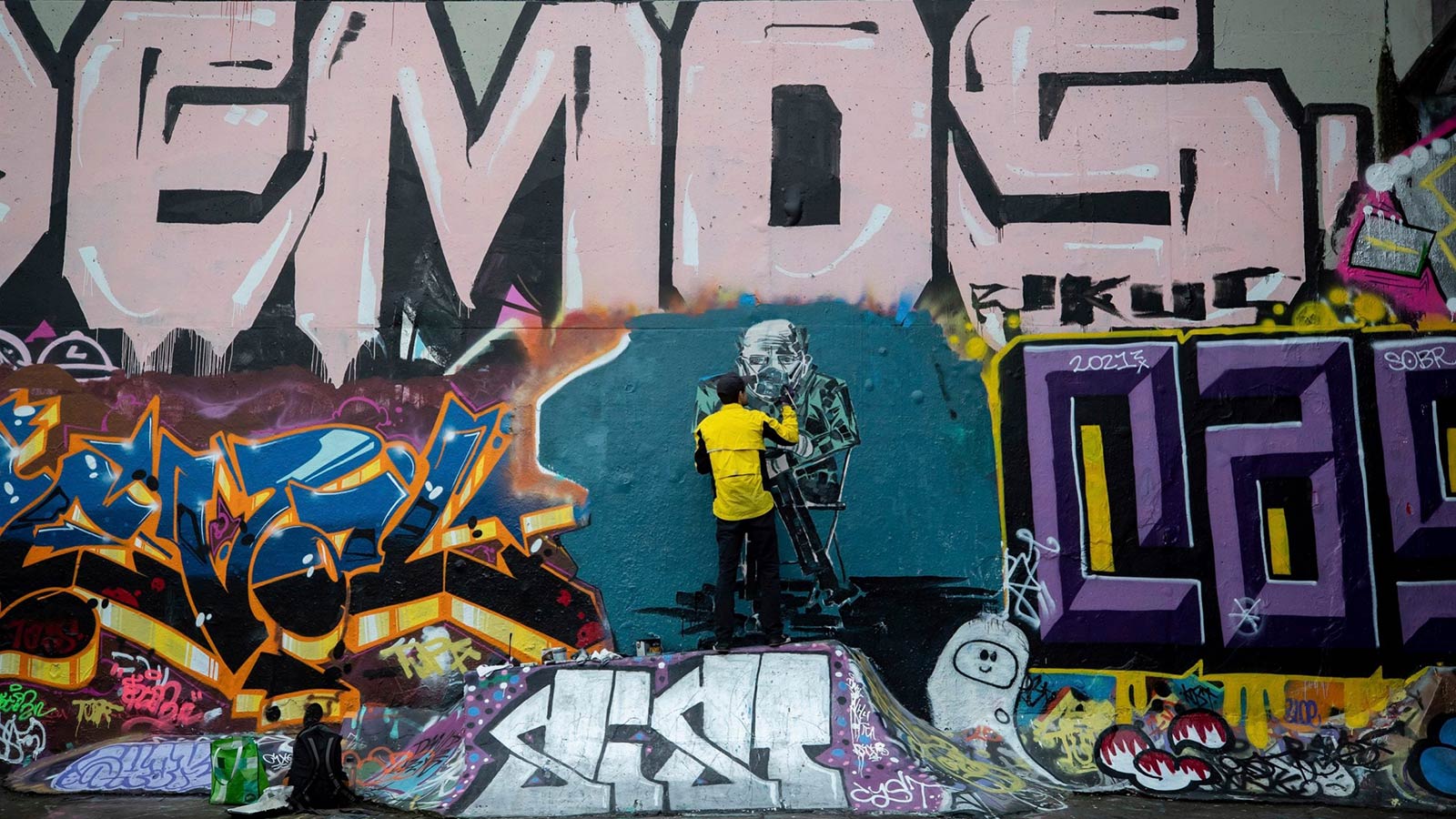 You don’t need to look far to see the impact of art in public spaces. Art can connect us to place and record history as it unfolds.

Throughout the COVID-19 pandemic, stories on the importance of public art are being told globally. And this isn’t new. Times of crisis have often inspired some of the most influential artistic movements.

Displaying visual symbols of resistance publicly, like the face of George Floyd, can connect social movements across the world. And in Canada, the display of statues like Egerton Ryerson have been deemed unacceptable as we reckon with our ongoing colonial history.

Public art can be defined as art that is available to the general public outside of museums and galleries; publicly funded; and related to the interests or concerns of, and used by a public community.

Public art is referred to by some as creative placemaking: a process of artistic creation and collaboration that helps to shape the surrounding built, natural and social environments. 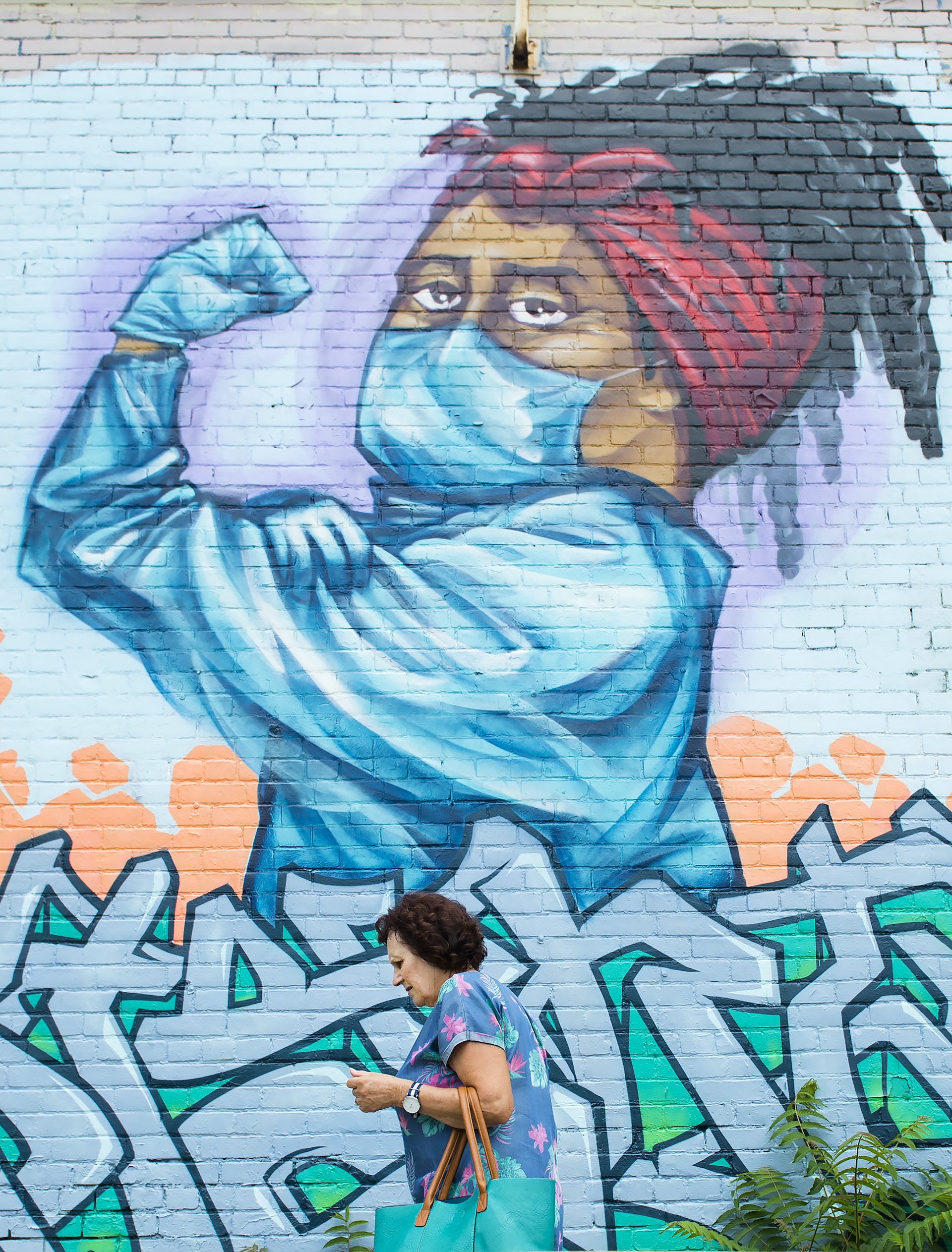 For French philosopher Jacques Rancière, art is disruptive. Done right, he says, it can make the spectator rethink their understanding of politics and society by calling to attention previously hidden inequalities.

For many, the power of public art rests in its ability to turn artistic practice into a social practice. It challenges the viewer to confront social issues that affect the very place they stand.

Art in times of crisis

COVID-19 is just one example of a period of shared adversity when our connection to the arts has flourished. The Dadaists’ commentary on the 1918 flu reflected an intense and collectively frustrated desire for meaning in a world filled with chaos.

Protest music during the civil rights movement and Vietnam War expressed anger, despair and hope. Gay artists and writers during the AIDS crisis memorialized a collective grief that was being either ignored or vilified. The art from both eras came at an immense cost, and has been profoundly culturally and socially influential.

Today, the pandemic has highlighted and exacerbated inequalities that were already present.

But there has also been engagement and social solidarity: from Black Lives Matter, to the Indigenous Land Back movement and support for unhoused people.

Those who have the privilege not to pay attention are finding this option less viable. This engagement arguably comes with its own set of problems, but it is a momentum that can be built upon to imagine and do the work needed to create better futures for society.

Artists are well positioned to do this creative imagining.

Art beyond the gallery

As we each search for meaning throughout our intensely local and geographically limited lives during the pandemic, public art finds, creates and shares the beauty, joy and solidarity that can be found in public spaces.

Galleries are often isolated from the communities in geographical proximity. They have often been places of exclusion, and have historically served to uphold a dominant, European settler-centred narrative. They have played a role in perpetuating colonial and racist attitudes towards Indigenous communities, their art and histories.

Indigenous artists have long been challenging these narratives. Mainstream art is catching on, and there has been an unprecedented level of Indigenous representation and leadership within gallery spaces in recent decades. 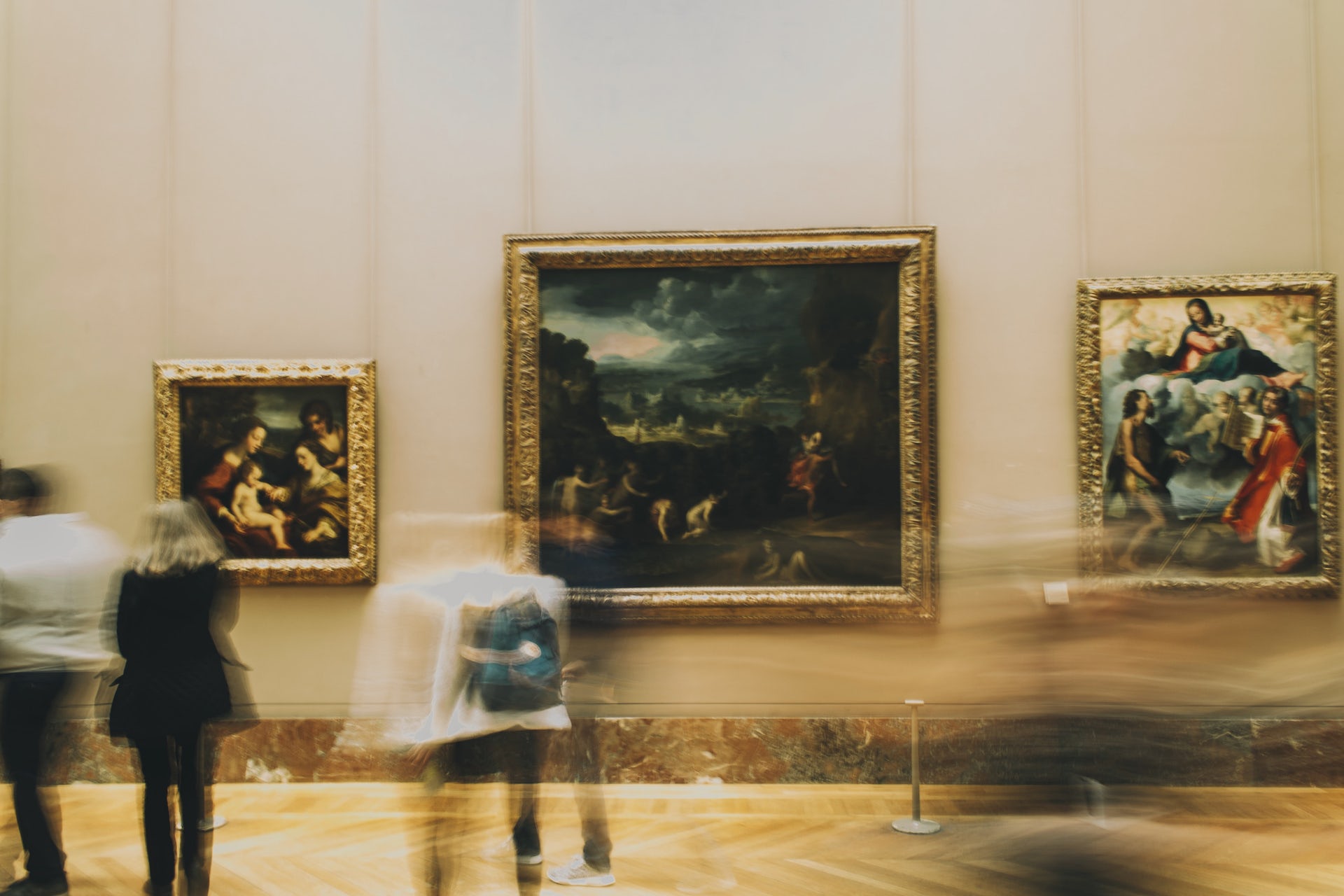 This leadership should shape public art in Canada. Public spaces, like art galleries, have also privileged some more than others. Bringing art outside of the gallery space is not a catch-all solution. What matters more is how it’s done.

In Toronto, the municipal government has announced that its “Year of Public Art” will begin in the fall with a total budget of $4.5 million in 2021. This is the inauguration of a 10-year public art plan. It responds to calls for an improved public art strategy, with a greater commitment to equity in the location of installations, the level of engagement with communities and the artists who create works.

Toronto has promised a strong commitment to Indigenous self-determination, leadership and placemaking within its public art strategy.

The city’s public art installations have increased in the past 50 years, with over 700 installations added between 1967 and 2015.

Toronto’s Percent for Public Art program, a commonly used strategy in cities in North America and Europe, encourages developers to donate one per cent of their gross construction costs towards public art in their development’s direct vicinity.

The program is voluntary though. And because most development is happening in the downtown core, this is where public art has been concentrated, meaning neighbourhoods with less development have received less investment in public art.

Nonetheless, the city is home to a multiplicity of adept communities and talented artists who continue to use public art to build community capacity and foster social inclusion.

Listening to artists of diverse backgrounds and elevating communities to participate meaningfully will support important conversations that determine our collective future. And that makes the investment in public art worthwhile for us all.