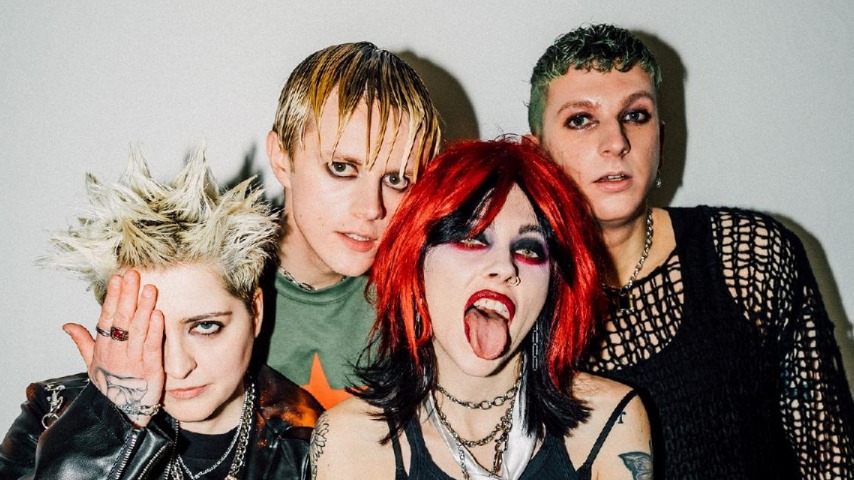 British indie-pop quartet Pale Waves released “You Don’t Own Me” Friday. The single is the fourth released ahead of the band’s sophomore album Who Am I?, arriving Feb. 12 via Dirty Hit.

An anthemic pop-rock track, “You Don’t Own Me” lets you know exactly what frontwoman Heather Baron-Gracie is rebelling against by opening with, “A pretty face like yours / Should really learn to smile more.” The song is full of similar misogynistic calling cards, like telling a woman not to “show too much skin” or speak her mind, before breaking into a victorious chorus of “You don’t own me / And I’ll do whatever I want to.” The guitar-driven track continues the feel-good pop-rock energy that’s been previewed for Who Am I? with previous singles “Easy,” “She’s My Religion” and “Change.”

Baron-Gracie said of the latest single:

“You Don’t Own Me” is a song for women about what it’s like to be a woman in this world. How society depicts, judges, and criticizes women on a daily basis. This song is incredibly important to me and I wanted to represent my own experiences. I also wanted to say a f*ck you to everyone that plays by these fake, delusional rules that say women and gender need to fit inside a specific box.

Listen to “You Don’t Own Me” below, and check out the Who Am I? album artwork and tracklist further down. You can preorder the album here.


Who Am I? Album Artwork:


Who Am I? Tracklist: