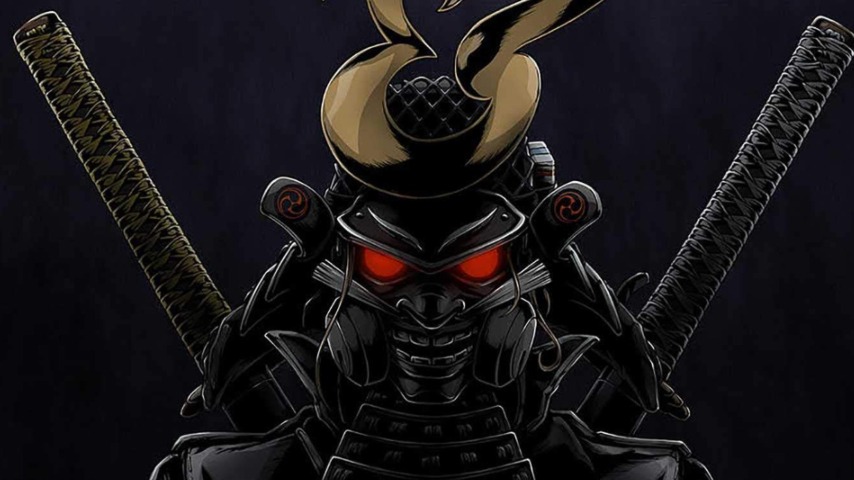 Sturgill Simpson makes country music so beloved that he landed a spot on not one, but two of Paste’s lists of our top albums of 2020. His previous release, 2019’s Sound & Fury, found the artist collaborating with the creators of Batman Ninja to release an anime “visual album” for Netflix. Now, the album is being reimagined in the form of a graphic novel by writers Jason Aaron and Ryan Cady. A preview of the comic premieres exclusively at Paste today.

It was all about taking the world of the anime and trying to bring it to life on the page with the same relentless driving force and unbridled passion of the album. For the anime, Junpei Mizusaki and Takashi Okazaki built a really extensive back-story and catalog of designs. So Ryan and I got to make use of all of that, while also coming up with our own story ideas and ways to flesh out the characters. I wanted the graphic novel to be something that would expand on the world of the anime while also standing alone as a fun adventure in and of itself. And the music was certainly a big part of that. I listened to Sturgill’s album over and over while working to write the most insane post-apocalyptic death race I could possibly imagine. And then I got to sit back and watch Takashi bring that madness to life in his own utterly unique style. I think there’s a really impressive array of artists on display in this book.

So, credit where credit is due, Jason is really the structural architect here, so with his rock solid plotting in place—on top of the anime, and the story work from Takashi and others—I really feel like I had the easy gig. And because there’s this synergy to the album, and the anime, as I was going through expanding certain story beats and telling little side tales, themes and cues and recurring lyrics or conceits fit in naturally. I’d outline a scene and the lightbulb would just pop on, like, “Of course this scene is set to ‘Mercury in Retrograde.” and so on. There are points where you can read our chapters and the visual beats and flow will sync up with certain tracks or moments from the album…assuming you know where to start, like matching Dark Side of the Moon with Wizard of Oz.

Elaborating on themes and characters is honestly one of the best parts of a gig like this. The anime is highly visual, and the album so evocative, but they’re both just pieces of the puzzle. I got to take the titular Sound and Fury, and show them younger, place them in a yakuza eiga homage, and with Rosi Kampe’s art it really came off stylistically like a ‘90s anime. Or with Slick and Slim—who as villains embody the nihilistic, robber baron business dealings that created this post-apocalyptic world—it felt like a great opportunity to step back and show the slippery slope before the armageddon. And let’s be honest: it’s always more fun to write the bad guys, and I had fun with these monsters.