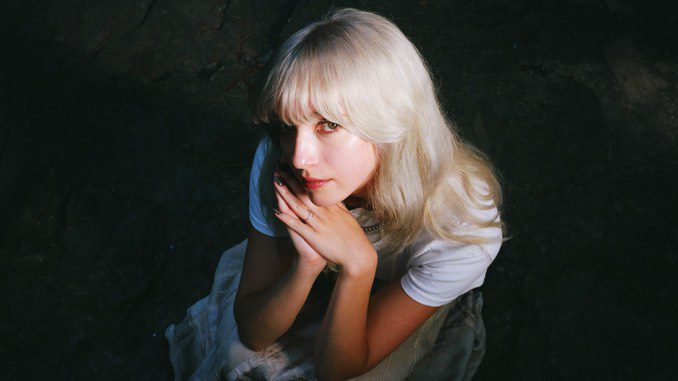 Atlanta songwriter Becca Harvey has announced her debut EP as girlpuppy, with Royal Mountain Records (Wild Pink, Alvvays, PACKS) set to release Swan on Aug. 20. Its heartfelt first single “As Much As I Can” is out now alongside a music video.

“As Much As I Can” is as bittersweet as indie rock comes, with peppy percussion and pleasantly blurry guitars belying lyrics that suggest a painfully strained mother/daughter relationship. “Head first, got stuck / Almost killed us / C-section baby’s all fucked up,” Harvey sings over a bright, pretty riff, meeting all that intensely personal conflict with a heartfelt promise in the choruses: “Love you as much as I can.”

“This is a love song to the people in my life that make unconditional love the most difficult,” Harvey explains in a statement. “I use the verses to recognize our differences, but also to recognize that we have a lot of shared experiences. I think a lot of it has to do with generational differences, the friction that it causes, and coming to terms with it.

“Lyrically, this is one of my favorite songs I’ve written. It was one of the first times that I wrote something in the moment and realized after the fact that it was exactly what I wanted to say. It’s not meant to be hateful. It’s honest and was my opportunity to exercise vulnerability. It’s a love song.”

We have the pandemic, of all things, to thank for Harvey’s music: Out of a job, she spent her new abundance of idle time on songwriting, releasing her first singles “For You” (written with her multi-instrumentalist partner John Michael Young, formerly of Lunar Vacation) and “Cheerleader” in May and July of 2020, respectively. She recorded her Swan EP with producer, close friend and frequent Phoebe Bridgers collaborator Marshall Vore.

Harvey has yet to play live as girlpuppy, given the timing of her music career kickoff, but that will change this fall: She’s announced a tour with The Districts in October and November, and will perform at Chicago’s RiotFest in September, with more live dates to be announced.

Watch the “As Much As I Can” video (dir. Savanna Hughes) below and see the details of the Swan EP further down, plus girlpuppy’s tour dates. You can preorder her EP here.