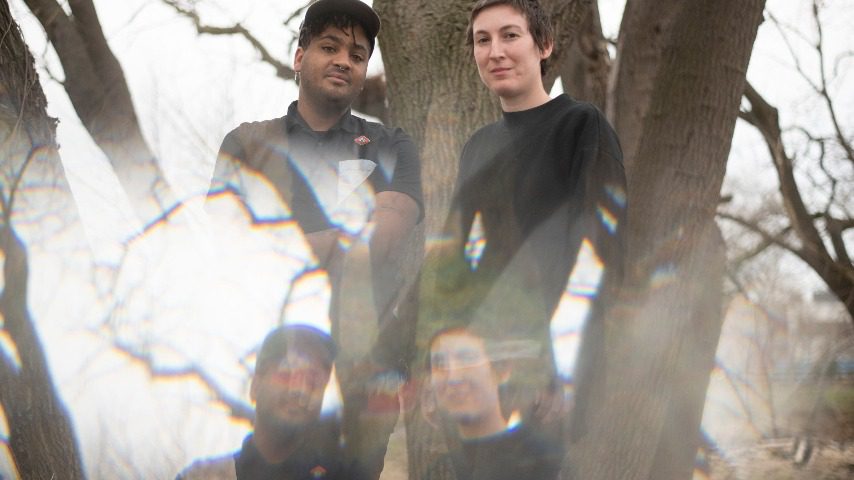 King Azaz released their new single “Let Yourself Out” on Wednesday. The latest song is the Philadelphia band’s third release ahead of their album Forever Green, out April 23 via Get Better Records.

“Let Yourself Out” follows “In June” and “Honey for Mud,” and is another excellent showing of thrashing, blown-out punk. The duo that makes up King Azaz, Christo Johnson (they/them) and Sarah Schardt (they/them), are bursting with energy even as they describe the oppressive feelings of depression: “Wednesday morning / your basement ceiling / It hangs too low / for the weight of what you’re feeling.” Their noisy, distorted guitar and driving drums punch through for a sharp contrast with the heartfelt lyrics.

Forever Green will be King Azaz’s first album since 2016’s Spiritus Mundi. The songs on the record are a collection of re-worked ideas dating back to 2015, as well as some new creations following their return from a hiatus. Now back from their break, their February signing to independent, queer-run label Get Better promises a prolific new era of their “anti-capitalist, anti-racist, anti-fascist” brand of punk, as they proclaim in a press release.

Listen to “Let Yourself Out” below. You can preorder Forever Green here.