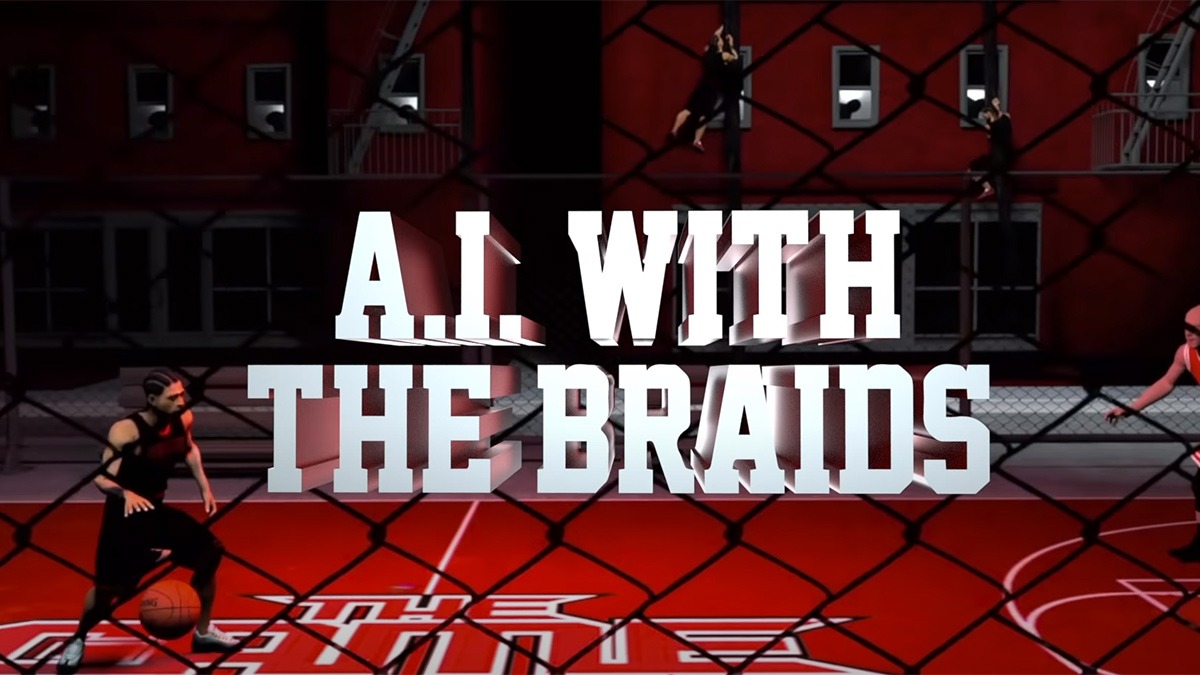 In case you missed it…

Back in December while we were getting ready for our relaunch, The Game released a dope animated video for his Lil Wayne-assisted “A.I. With The Braids” (produced by Mike Zombie). The video is verging on 750K views on YouTube, while the single is quickly approaching 2 million Spotify streams.

The collaboration pays tribute to the former NBA all-star Allen Iverson (aka A.I.), who is close friends with The Game (real name Jayceon Terrell Taylor). The 3D-animated visuals for the cut find Iverson on an outdoor basketball court as cartoon versions of The Game and Lil Wayne perform their respective verses. Throughout the Tillavision-powered video, we see Lamborghinis, floating basketballs and cheerleaders appear on the court, which boasts The Game’s logo.

“A.I. with the braids is almost single-handedly responsible for most if not all trends you see in hip-hop and professional sports these days,” The Game explained.

“Every kid including myself wanted to be Allen Iverson, from the baggy jerseys with the diamond chains, to the designs in his braids and whole swagger. Girls were in love with him, and he was pound for pound the best player in the NBA. A.I. went from being my idol as a kid to being my brother in real life, so it’s only right I pay homage.”

He added: “He didn’t care what anyone in the world thought of his style, he just did him… and back then we had a little ‘A.I. With The Braids’ in all of us.”

You can find “A.I. With The Braids” on various digital streaming platforms including Apple Music and Spotify.