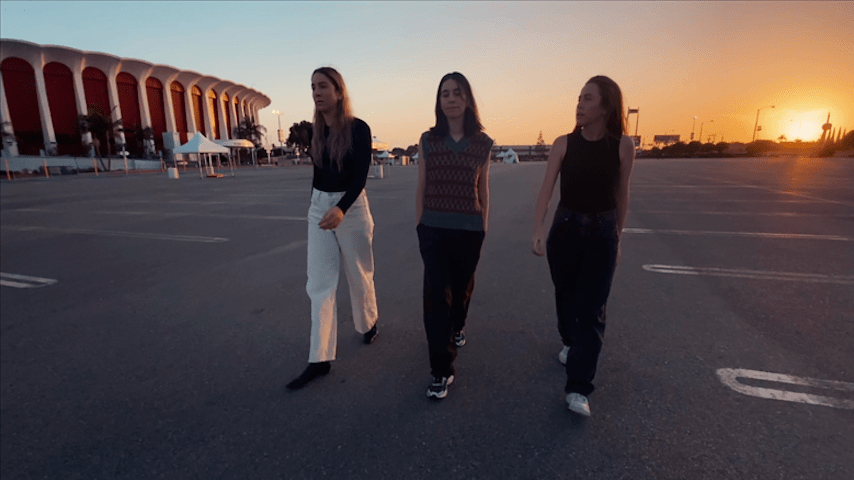 HAIM have unveiled a new music video for the groovy song “Don’t Wanna,” a track from their latest album Women In Music Pt. III. The record came out only three days ago and has received critical acclaim thus far, including from us here at Paste.

Working with director Jake Schreier, the three women walk in the parking lot of L.A.’s Forum, gradually falling out of step and struggling until they’re running. It’s a symbol for the messy interconnectedness of sisterhood, plus there’s a pretty sunset in the background.