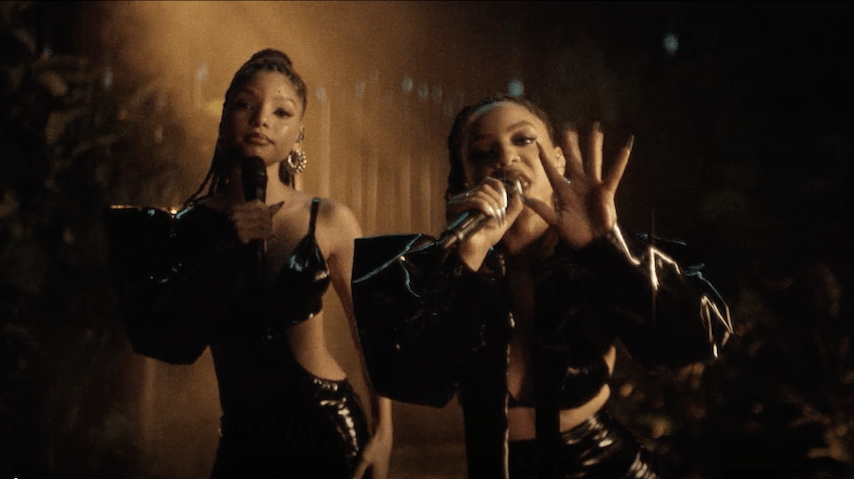 Is everybody ready for a much-needed Monday afternoon serotonin boost? Good. Last night at the 20th annual BET Awards, powerhouse sister act Chloe x Halle performed two tracks from their recently released album, Ungodly Hour, and it was simply magnificent. The Beyoncé-approved protégés are one of only three young female acts signed to her record label and have appeared alongside Bey multiple times throughout the years (most recently as a member of her Black girl squad in the visual album for Lemonade).

The virtual performance begins with angelic, choral harmonies, a nod to the girls’ heavily religious upbringing. The camera then pans up to show Chloe and Halle clad in shiny black leather outfits as the sisters launch into their live debut of “Forgive Me,” a track from Ungodly Hour. After a few minutes of spotless choreography and seamless vocals, the camera flies over to another scene, featuring the girls now sporting flowy white getups. As the song changes, the duo digs into their Hot 100 hit song “Do It,” another track off of Ungodly Hour and an absolute bop. As the video ends, the two different sets of Chloes and Halles appear side by side, all performing the same choreography on their separate stages.

Check it out below: