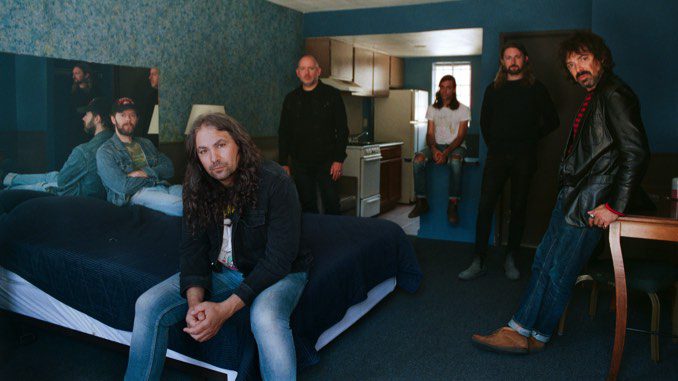 Rock giants The War on Drugs have shared one last single ahead of I Don’t Live Here Anymore, out this Friday, Oct. 29, on Atlantic Records. The new album—Adam Granduciel and company’s first in four years—is one of Paste’s most-anticipated of the month.

“Change” is our third preview of the band’s A Deeper Understanding follow-up after “Living Proof” and the title track, which we hailed among the best tracks of July and September, respectively.

Like its predecessors, the new track finds Granduciel confronting emotional growing pains. But where “Living Proof” and “I Don’t Live Here Anymore” exuded wounded optimism and determination, “Change” is more reluctant and even despairing about the difficulties of moving from one phase of life to another. Granduciel digs his heels in over an aqueous rush of acoustic and electric guitars, with Hammond organ and Lee Pardini’s grand piano filling out the song’s expansive palette. “There are so many ways / Our love could make it through / But it’s so damn hard to make the change,” the bandleader laments in a quiet moment midway through, a lyric that, per press materials, is key to unlocking the album as a whole. From there, ghostly backing vocals signal the song’s descent into the instrumental depths, as if to mourn “that thing that holds us up and binds us tight” that Granduciel’s narrator and their lover lost.

The War on Drugs will headline California’s Desert Daze festival in November, with a high-profile 2022 tour to follow starting in mid-January. You’ll find their upcoming tour dates right here.

Listen to “Change” and revisit The War on Drugs’ 2010 Daytrotter session below. We’ll have more on I Don’t Live Here Anymore for you later this week.