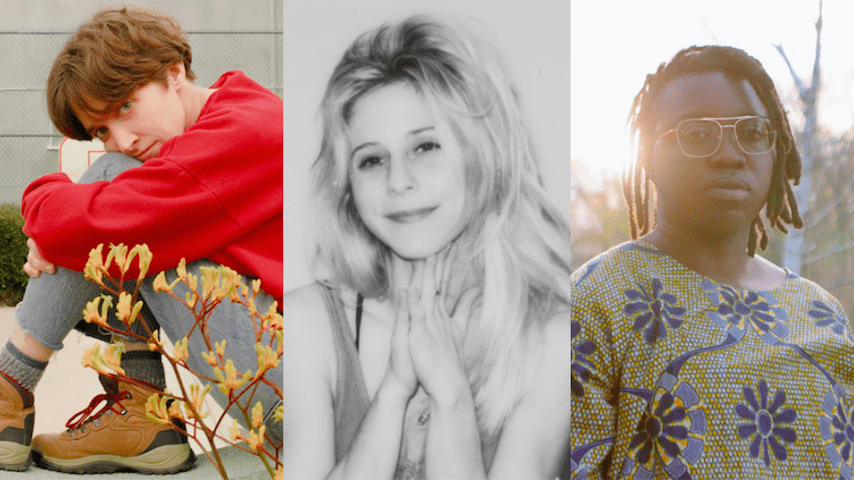 For many people (or at least the Paste music staff), music is the only thing that makes sense right now. We’re not sure what day it is, we can’t remember whether we had three meals yesterday and we have no idea what’s ahead. But great music is a constant, and we can always count on it every week to help recenter ourselves. This week, we were enthralled by singles from Anjimile, Lomelda, Illuminati Hotties and more, and we think you’ll find something to enjoy among these great new songs, too.

Listen to the full playlist on Spotify here.

Indie singer/songwriter Anjimile has announced his debut album Giver Taker, out on Sept. 18 via Father/Daughter Records. The quiet, sprawling lead single “Maker” is now. Self-discovery shines through on this soft, acoustic ballad—laden with exceptional harmonies and synths. —Danielle Chelosky

The Avett Brothers recently announced that the third album in their Gleam series is on its way. The Third Gleam is out Aug. 28, and this week, the band shared the first single, titled “Victory,” and an accompanying video. Scott and Seth join forces for this stripped-down folk song, whose harmonies and gentle guitar certainly harken back to The Avett Brothers’ early material, which includes The Gleam and The Second Gleam. If “Victory” is any indication of what’s to come, The Third Gleam could be some of their best work in years. —Ellen Johnson

Bully thrives in discomfort. The disconnect between “normal,” actualized and idealized ideas of life rages through their music. The pull toward a spiritually-dead life as a milkman, emotional stasis in the face of outward turmoil, trying and failing to even understand your own mind; these spectres haunt and propel Bully’s music. On the band’s new single, “Every Tradition,” the second off of their forthcoming album, SUGAREGG (out on Aug. 21 via Sub Pop), Bully leans into the underlying conflict of their music. With incendiary guitars and Alicia Bognanno’s sneering delivery, the band unleashes an anthem for anyone finding themselves out of step with the expectations that are placed on them. —Jack Meyer

Chicago’s beloved rock trio Dehd have released a new single, “Month,” from their forthcoming sophomore LP Flowers of Devotion, out July 17 via Fire Talk. This follows the release of “Flood” and “Loner,” which both portray the thoughtful direction Dehd is heading in with this new record. This track is softer and slower than most of their material, vibrating with quiet harmonies and tame riffs. With Jason Balla’s vocals at the forefront, he grapples with time and the way it affects his feelings. —Danielle Chelosky

Lomelda—the indie project of Hannah Read—has announced her new full-length LP Hannah, out Sept. 4 via Double Double Whammy. Its lead single “Wonder” dropped this week. In usual Lomelda fashion, the song is cathartic and vulnerable. It’s soft but it builds into something powerful and poignant, clocking in at just over two minutes. —Danielle Chelosky

Standing On The Corner: GETOUT!! The Ghetto

Listen to the full playlist on Spotify here.