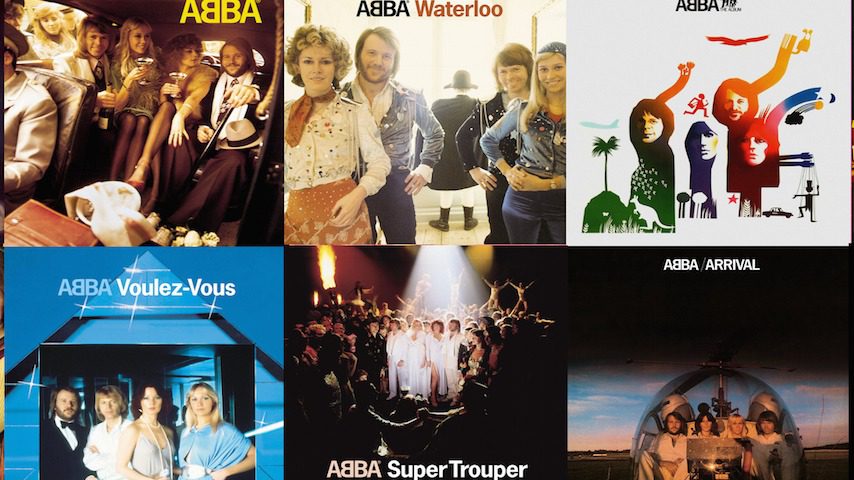 It all started with two As and two Bs: Agnetha and Anni-Frid, Björn and Benny. Together they form ABBA. The Swedish supergroup made up of musicians Agnetha Fältskog, Björn Ulvaeus, Benny Andersson and Anni-Frid Lyngstad won the Eurovision Song Contest in 1974, and they went on to become one of the most successful acts in the history of popular music. Yep, you read that right: The smiley blond folks behind the songs “Fernando” and “Waterloo” have sold more records than Justin Timberlake. They combined shiny euro-pop with the best qualities of disco and a touch of rock ‘n’ roll and created some of the most memorable hits of the 1970s and ’80s.

But for the Millennial and Gen Z age groups, ABBA represent something else beyond commercial pop success: Mamma Mia!, of course! Catherine Johnson adapted ABBA’s songs into a massively popular stage musical named after their song “Mamma Mia” in 1999, and the production toured worldwide. In 2008, Johnson wrote the screenplay for the film adaption directed by Phyllida Lloyd, which featured Meryl Streep and Amanda Seyfried in the starring roles. The film’s sequel, featuring most of the original cast (plus Cher!), Mamma Mia! Here We Go Again, debuted during the summer of 2018. A whole new generation fell under the trance of ABBA’s music thanks to these movies, and their songs remain examples of pure pop perfection. Some music fans might be quick to laugh at the idea of taking ABBA seriously. To them I ask, “Why?” ABBA, despite a fraught personal dynamic (similar to another big pop-rock band from the same time period: Fleetwood Mac), were serious about making great pop songs, and Andersson and Ulvaeus were one of the most prolific songwriting pairs of their time. Also, ABBA’s music is just fun. It doesn’t take itself too seriously, and it’s camp in the best way. And who couldn’t use a little extra fun right now? So, we present to you the best ABBA songs. While European travel is pretty much a no-go right now, you can still crank up any one of these songs and picture yourself lounging on a yacht and eating bon bons. What are you waiting for?

“If you’re all alone / when the pretty birds have flown, take a chance on me!” It’s an exuberant command in one of ABBA’s most persuasive pop songs. “Take A Chance On Me” is a tale of loners becoming lovers, and it’s a dang catchy one at that. If you’ve never seen the music video, please enlighten yourself and watch it below. The band clearly had a lot of fun with this one.

I mean absolutely no disrespect to ABBA, but no one performs this song like Christine Baranski. The steamy techno rock of the original certainly has the devil-may-care energy of the Mamma Mia! version, but Baranski gives it an added flair that’s otherwise missing. The anthem for cougars everywhere, “Does Your Mother Know” is an outrageously fun romp of a pop song, but no other interpretation compares to Baranski’s choreography and antics in the 2008 film.

“Money, money, money, always sunny / in a rich man’s world.” While we’d all like to “fool around and have a ball” like the narrator in this ballad of financial drudgery, we’re really just working all the time to pay the bills. Sigh, such is capitalism! But our money woes sound a lot better when articulated by the daydreamers in ABBA.

The stunning love story that is “Fernando” is difficult to take seriously, so my best recommendation is to just not. Lean into the kitsch and hang on for the entire tale of Fernando, his woebegone lover and that very starry night.

“Thank You For The Music” recounts one young star’s journey to musical stardom, but it’s so nice to interpret it like a giant “Thank You” letter to all the good songs that ever were and ever will be. ABBA asks, “Who can live without it? I ask in all honesty / What would life be? Without a song or a dance, what are we?” It’s a rather intriguing question once you start to think about it. The answer? A whole lot more dull. Thank you, ABBA, for this thank you note!

This is the first song we hear in the first Mamma Mia! movie, and it does have an introductory quality to it. It’s an invitation to explore an interesting new love figure, and while it’s more than a bit silly, it’s also charming and campy—two of ABBA’s best qualities.

This is a rather intoxicating cut from an all-around intoxicating album: 1979’s Voulez-Vous. As many of their songs do, “Gimme Gimme Gimme” begins with loneliness and desire and explodes into a cathartic disco release. It’s also about as detailed as ABBA songs come, describing a sloth who’s stuck inside her flat watching too much TV and feeling sorry for herself. I can think of more than a few recent pop songs that have similar trajectories.

ABBA are as blunt as they’ll ever be on “Voulez-Vous,” which, translated from French, means “Will you?” or “Do you want?” You can fill in the rest. It’s more urgent than a lot of ABBA’s music, almost like it should be in a James Bond movie or something. Quick-paced guitars swarm up alongside disco beats as ABBA lays it all on the table and explores the art of the hookup, from that first shared glance to calling a cab. Play this song at peak volume to remember the “thrill” of navigating a night out, and then try not to cry as you remember the sights and sounds of your favorite bar.

If you told me in 2020 you were planning to write a pop song about a disgraced French conqueror from the 18th and 19th centuries, I’d call you crazy! But that’s just what ABBA did with this joyful-just-for-the-sake-of-joy song. They took Napoleon Bonaparte’s final surrender at the Battle of Waterloo and squeezed it into a metaphor about an unfortunate romantic fate. Don’t ever say ABBA weren’t clever.

This chin-up tune is an always cheerful reminder that it’s all gonna be OK. It’s the rare ABBA song about a fierce friendship as opposed to a passionate romantic relationship. “Chiquitita” doesn’t seek to fix every heartbreak and pain; it’s just a statement of support for no matter what happens, and a note that someday “You’ll be dancing again / and the pain will end.”

Beginning with one of the most instantly recognizable keyboard riffs in the history of pop, “Mamma Mia” is peak ABBA. When you think of the band clad in white bell bottoms and glitter, this is often the melody accompanying the image. The “Yes I’ve been broken hearted” bridge is such a perfect piece in this smash breakup song, and the chorus is just as unbelievably good.

This song has recently made a big comeback thanks to—what else?—TikTok. The trend currently sweeping the video app involves filming oneself while crawling through the sand and crashing waves as the chorus from Amanda Seyfried’s and Dominic Cooper’s version from the 2008 Mammia Mia! movie plays. I daren’t attempt to try this, but shoutout to all the young people out there who have discovered the joy of this ABBA hit. “Lay All Your Love On Me” joins a few other songs on this list in the “Horny ABBA” category. The sexual tension is absolutely off the charts, and it’s just an insanely contagious dance beat.

As we know but often forget, the life of a touring musician is lonely. “Super Trouper” somehow captures that specific melancholy as well as the more glamorous aspects of touring: the lights, outfits, smoke, glitter and adoring fans. “Facing 20,000 of your friends / how can anyone be so lonely?” ABBA sings. But when just one of the thousands is a familiar face, everything is so much better. Those lights are brighter, and the performer’s smile is contagious. It’s impossible to sit still while this absolute banger of an ABBA song is playing.

How could it not be number one? “Dancing Queen” is ABBA’s biggest claim to fame and best song no matter which way you spin it. The infinite possibilities and hope of youth, the thrill of a Friday night on the town, the high of controlling the dance floor—“Dancing Queen” has it all! No matter how many times I hear this song, it always makes my skin tingle and my feet tap. Anyone can be young, sweet and 17 again when “Dancing Queen” is playing on the speakers.