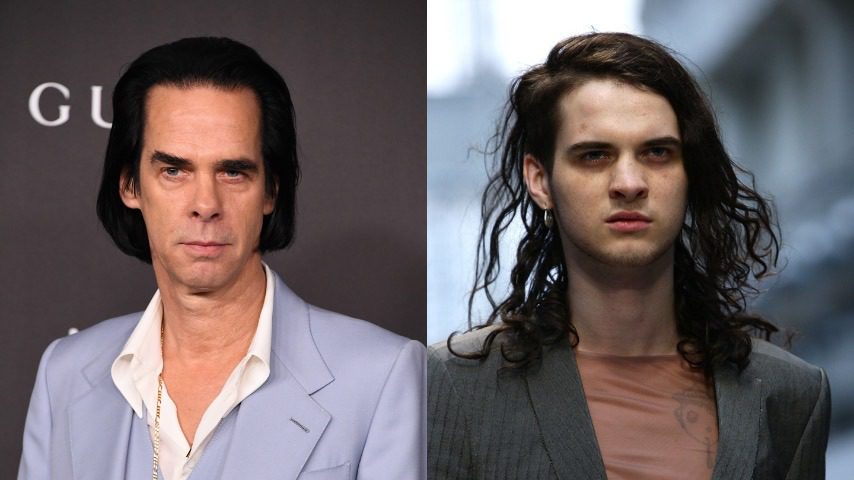 Singer, songwriter and Bad Seeds frontman Nick Cave confirmed Monday morning that his son Jethro Lazenby has died. Cave’s only child with Beau Lazenby, Jethro worked as a model, photographer and actor. He was 31 years old. Cave shared the news in a statement to NME, which reads: “With much sadness, I can confirm that my son, Jethro, has passed away. We would be grateful for family privacy at this time.” No official cause of death is known at this time.

Born in Melbourne, Australia, in 1991, Lazenby didn’t meet his father until he was eight years old, according to an interview he gave to the Evening Standard in 2012. According to NME, Lazenby recently made local news in Melbourne after being arrested for attacking his mother in her home last month. He was released on bail from Melbourne Remand Centre last Thursday, May 5.

The announcement of Lazenby’s death comes seven years after the death of Arthur Cave, one of Nick Cave’s twin sons with his wife, Susie, who accidentally fell to his death from a cliff in the family’s then-home city of Brighton, U.K., in 2015. He was 15 years old. His passing, which coincided with the recording of the Bad Seeds’ 2016 album Skeleton Tree, influenced both that album and the band’s 2019 follow-up, Ghosteen. Andrew Dominik’s 2016 film One More Time With Feeling documented Cave and his family in the immediate aftermath of Arthur’s death, as well as the completion of Skeleton Tree’s recording.

In October 2018, Cave answered a fan question about grief on his The Red Hand Files newsletter, sharing this poignant thought about his younger son’s passing:

It seems to me, that if we love, we grieve. That’s the deal. That’;s the pact. Grief and love are forever intertwined. Grief is the terrible reminder of the depths of our love and, like love, grief is non-negotiable. There is a vastness to grief that overwhelms our minuscule selves. We are tiny, trembling clusters of atoms subsumed within grief’s awesome presence. It occupies the core of our being and extends through our fingers to the limits of the universe. Within that whirling gyre all manner of madnesses exist; ghosts and spirits and dream visitations, and everything else that we, in our anguish, will into existence. These are precious gifts that are as valid and as real as we need them to be. They are the spirit guides that lead us out of the darkness.

I feel the presence of my son, all around, but he may not be there. I hear him talk to me, parent me, guide me, though he may not be there. He visits Susie in her sleep regularly, speaks to her, comforts her, but he may not be there. Dread grief trails bright phantoms in its wake. These spirits are ideas, essentially. They are our stunned imaginations reawakening after the calamity. Like ideas, these spirits speak of possibility. Follow your ideas, because on the other side of the idea is change and growth and redemption. Create your spirits. Call to them. Will them alive. Speak to them. It is their impossible and ghostly hands that draw us back to the world from which we were jettisoned; better now and unimaginably changed.

Cave most recently released Carnage, his collaborative album with Bad Seeds bandmate Warren Ellis. A film about the duo’s musical partnership, This Much I Know To Be True, will hit theaters in what the film’s website refers to as a “global cinema event” this Wednesday, May 11. Also directed by Dominik, it features performances of tracks from both Ghosteen and Carnage, and is intended to be a “companion piece” to One More Time With Feeling.

Though Cave and Ellis just wrapped up the North American leg of the Carnage tour, The Bad Seeds are currently scheduled to play a European tour this summer. There’s been no word yet on whether those dates will be canceled or rescheduled.