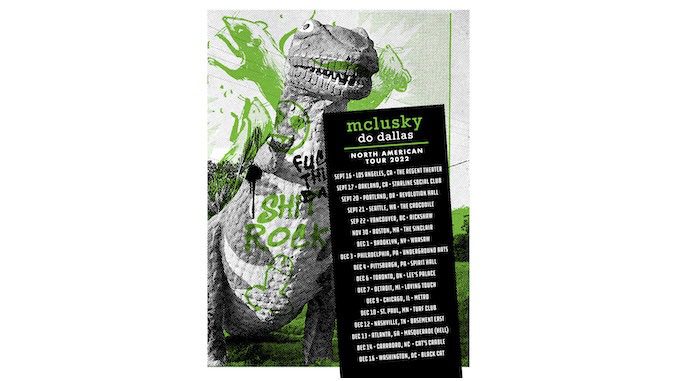 Welsh post-hardcore outfit mclusky broke up in 2005, although lucky fans across pond have been able to catch them at their sporadic live shows since 2015. North America has not been so lucky, and the band has not toured the States in 18 years. Today (April 1), the band announced a nationwide tour to commemorate the 20th anniversary of Mclusky Do Dallas.

The band, which initially formed in 1996, will be taking on some of America’s most iconic venues. The tour kicks off in September at The Regent Theater in Los Angeles with stops in Seattle, Detroit, Chicago and two Canada dates. According to frontman Andy Falkous, tickets go on sale at noon local time.

While mclusky has not released music since their 2004 album The Difference Between Me and You Is That I’m Not on Fire, the original members have not stopped making music. Former bassist John Chapple formed Shooting at Unarmed Men and dissolved the group in 2009. Falkous formed his own band Future of the Left in 2005 and continues to release music and tour.

Below, revisit “To Hell With Good Intentions” and keep scrolling for complete mclusky tour dates.