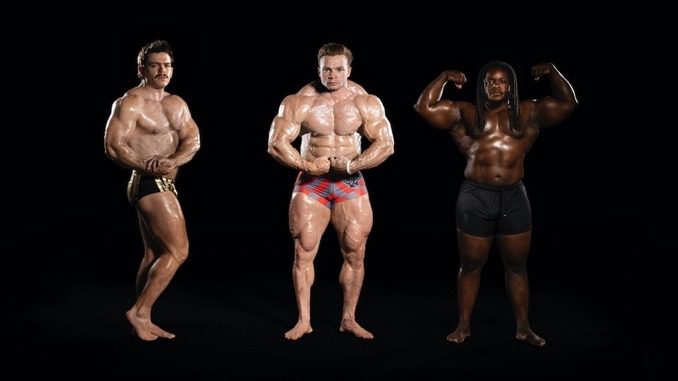 The inimitable black midi are back again, announcing their third album Hellfire (July 15, Rough Trade) just shy of a year after the release of their second, and sharing the video for its ominously titled lead single, “Welcome to Hell.” The U.K.-based trio of Geordie Greep (guitar, vocals), Cameron Picton (bass, vocals) and Morgan Simpson (drums) have also announced a fall North American tour.

black midi wrote their new album in isolation in London after the release of last year’s Cavalcade, incorporating both that album’s “melodic and harmonic elements,” as well as the “brutality and intensity” of their 2019 debut Schlagenheim. Telling the stories of “morally suspect characters” in the first-person, the album reckons with “overlapping themes of pain, loss and anguish,” per a press release. “If Cavalcade was a drama, Hellfire is like an epic action film,” says Greep in a statement.

Take its lead single, for instance, which said release synopsizes as follows:

“Welcome to Hell” tells the story of a shell shocked soldier’s excess and military discharge. The setting is a far-off military campaign—an exotic coastal town, commandeered by the invading army and swarming with soldiers. It is night time; erratic men rush up and down the strip in various stages of inebriation, neon signs light up the bars, and out of their open doors waft wisps of indeterminate smoke. Deafening howls of motorcycle engines linger all around, accompanied by a medley of languages—albeit, all slurred, coarse, hoarse and evasive of any true emotion and he’s unable to handle the world in which he finds himself.

black midi render this narrative via the kind of theatrical, shape-shifting rock they’re known for, considering “The massacres of ages / Too many to recall,” as Greep croaks, through the lens of Private Tristan Bongo. About two-thirds of the way through, the track takes a turn for the nightmarish, accelerating into full-blown thrash as Greep’s praise for our good soldier becomes condemnation: “You’re lucky I don’t shoot on the spot / Bullets were made for men like you / The impotent idiots God forgot.” A fleeting euphoric high collapses back into black midi’s guttural squalls and stomps, ending the song right where it began.

“Almost everyone depicted is a kind of scumbag,” says Greep. “Almost everything I write is from a true thing, something I experienced and exaggerated and wrote down. I don’t believe in Hell, but all that old world folly is great for songs, I’ve always loved movies and anything else with a depiction of Hell. Dante’s Inferno. When Homer goes to Hell in The Simpsons. There’s a robot Hell in Futurama. Isaac Bashevis Singer, a Jewish writer who portrays a Satan interfering in people’s lives. There’s loads!”

Watch the “Welcome to Hell” video (dir. Gustaf Holtenäs) below, and find the details of Hellfire and black midi’s tour dates further down.