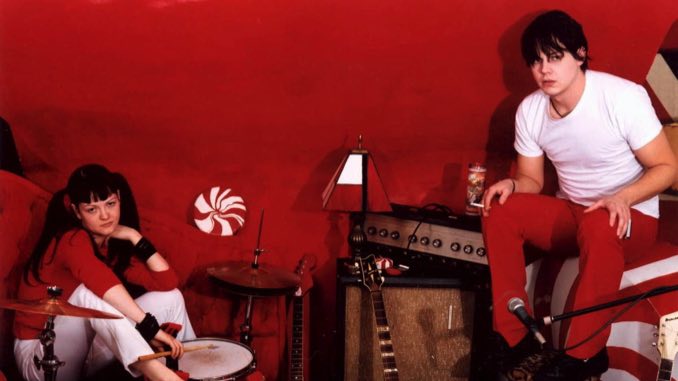 Over the long holiday weekend, The White Stripes’ landmark third album White Blood Cells turned 20, and the anniversary celebration continued Wednesday with the release of a new archival performance video. Jack and Meg White rip through their classic White Blood Cells track “Fell in Love with a Girl” on Top of the Pops circa 2002 in the newly remastered video, with Jack at one point interpolating the Cole Porter classic “Let’s Do It, Let’s Fall in Love” while Meg hammers away at her kit.

The band’s recent digital release White Blood Cells (Deluxe) features the original album, plus a live performance of the entire LP in sequence at the Gold Dollar in Detroit on June 7, 2001. The band’s rendition of “I’m Finding It Harder To Be A Gentleman” is also on YouTube now—you can check that out down below.

Watch The White Stripes’ Top of the Pops and Gold Dollar performances below.