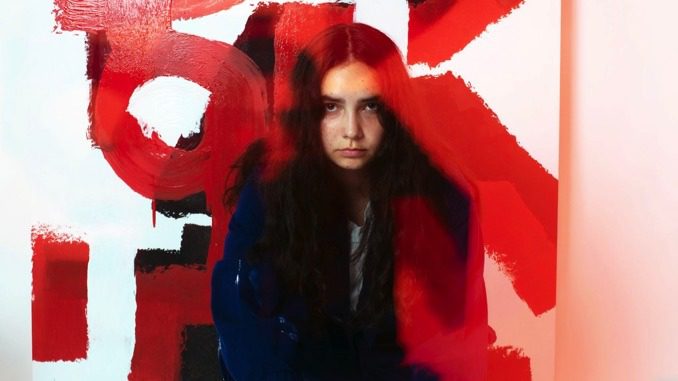 Luxembourg-based musician Jana Bahrich (aka Francis of Delirium) has been releasing a trio of EPs over the past two years, sharing 2020’s All Change and 2021’s Wading before announcing the final installment in the EP trilogy, The Funhouse, this past September. Following the gradual release of the EP’s other songs, “All Love,” “Come Out and Play” and the title track, today (April 27) saw her round out both the EP and the trilogy by sharing her final The Funhouse track, opener “Mirrors.”

Following in the doomy footsteps of the other tracks from the EP, “Mirrors” draws on a quiet-loud intensity that pairs well with the uncertain angst she expresses in the lyrics. “Covered in dust / And coughing up spite / I can’t look in the mirror / I wish you weren’t here,” Bahrich sings on the chorus, letting her voice stay breathy to allow wailing, feedback-drenched guitars to carry the song’s emotional heft.

“The EP was largely a way for me to process and adapt to the chaos that continued to be more and more present in our everyday life,” Bahrich said in a statement. “As I was writing the EP, it felt like every moment got weirder along with my headspace. I was inspired to mimic that mayhem by using heavier guitars and darker tones, leaning into drum sounds that were massive and bombastic, drawing from bands like Slint and The Smashing Pumpkins.”

Francis of Delirium just finished a North American tour supporting The Districts, and now has plans to play two more U.S. shows. The first will be a set at Atlanta’s Shaky Knees Festival on April 20, and the second, at Brooklyn’s Baby’s All Right on May 2 (rescheduled from April 27), will mark Bahrich’s first North American headlining show. In the fall, she’ll be heading out on a 10-date U.K. tour, which starts in Birkenhead on Sept. 5 and wraps up in Brighton on Sept. 16.

Check out “Mirrors” below, and keep scrolling to check out Francis of Delirium’s full list of tour dates. You can purchase The Funhouse EP here.