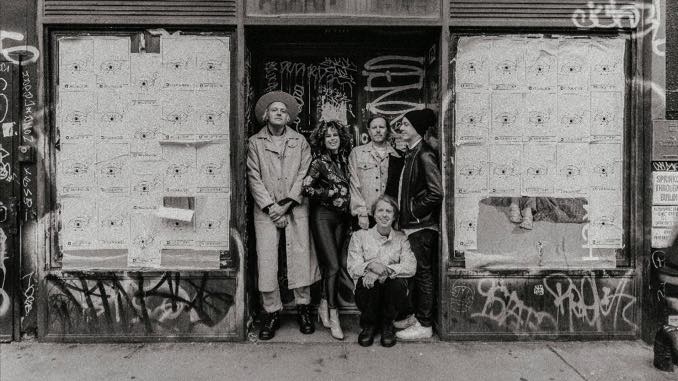 After their 2017 stumble Everything Now, all signs point to a return to form on Arcade Fire’s sixth studio album WE, coming May 6 on Columbia Records. “Unconditional I (Lookout Kid)” is our second of those signs so far, following the March release of dual lead track “The Lightning I, II.”

“Unconditional I (Lookout Kid)” appears on the album’s “WE” side, as a press release notes, “the half of the record that channels and revels in the power and joy of human (re)connection.” Like an indie-rock Oh, The Places You’ll Go!, the track finds Win Butler addressing younger generations—and those still to come—with a moving warmth and generosity of spirit, offering wisdom and encouragement over a bright, acoustic guitar-driven instrumental. “A lifetime of skinned knees / And heartbreak comes so easy / But a life without pain would be boring,” Butler counsels, with orchestral sweep and sprawl to reinforce the highs and lows through which his love will always remain unconditional.

“There’s nothing saccharine about unconditional love in a world that is coming apart at the seams,” says Butler in a statement. “WE need each other, in all of our imperfection. ‘Lookout Kid’ is a reminder, a lullaby for the end times, sung to my son, but for everyone … Trust your heart, trust your mind, trust your body, trust your soul. Shit is going to get worse before it gets better, but it always gets better, and no one’s perfect. Let me say it again. No one’s perfect.”

Produced by Nigel Godrich with Arcade Fire’s own Butler and Régine Chassagne, WE is easily one of the most exciting releases on the way in May. The band seem to have rediscovered the anthemic earnestness and joy that first made them a household name.

Listen to “Unconditional I (Lookout Kid)” below. You can preorder WE now ahead of its early-May release.