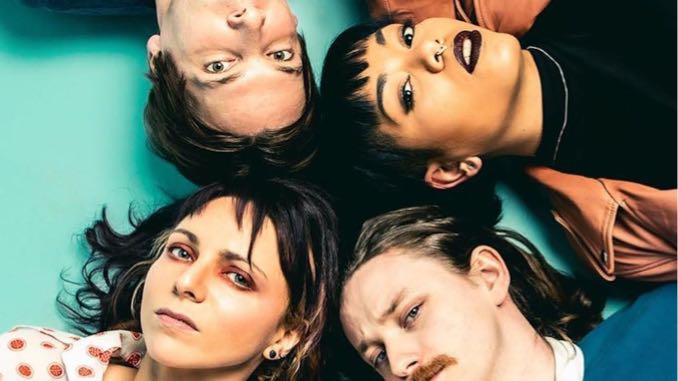 The Paste Studio on the Road tour is in Chicago this week, streaming live from Michael Mac’s Pallet Sound studio in Chicago’s Bridgeport neighborhood. Today’s sessions are sponsored by SweetWater Brewing Company and feature Boy Pablo, Moontype and Ganser.

You can live-stream sessions or check them out on demand at our Youtube and Facebook channels, as well as right here on PasteMagazine.com. Here’s today’s lineup:

We were thrilled to host the very first U.S. performance from Bergen, Norway’s Boy Pablo back in 2018. Led by Chilean-Norwegian singer/songwriter Pablo Muñoz, the band played a two songs off their debut EP Roy Pablo, as well as some brand new laidback tunes and a surprise a cappella cover of Starland Vocal Band’s “Afternoon Delight.” Since then, the indie-pop phenom has won two Norwegian Grammys and released his band’s debut LP, Wachito Rico.

Paste’s Lizzie Manno named Moontype “The Best of What’s Next” earlier this year, calling the band’s latest album Bodies of Water “a sweet, intimate record, bolstered by the love each band member has for each other.” Led by singer/bassist Margaret McCarthy, all members are fellow graduates of the Oberlin Conservatory of Music.

Paste named Chicago post-punk band Ganser one to watch back in 2018 and their latest album one on the best of 2020. Lizzie Manno said, “Just Look at That Sky is full of poetic recitations about maintaining one’s sanity while the world caves in. The Chicago outfit’s second album contains the wide-eyed glare and off-the-wall energy of someone who’s close to the final straw and searching for the best way to cope. Its on-edge nature is quelled by surreal humor and dark playfulness, though they leave plenty of room for existential spiraling, too. Meshing noise, art rock and post-punk, there’s a palpable sense of forward motion and doom, but it’s not a resigned doom—it’s a contemplative, purposeful doom that wouldn’t dare waste space on nihilism.”

Here’s the full lineup for the week (all times CST):