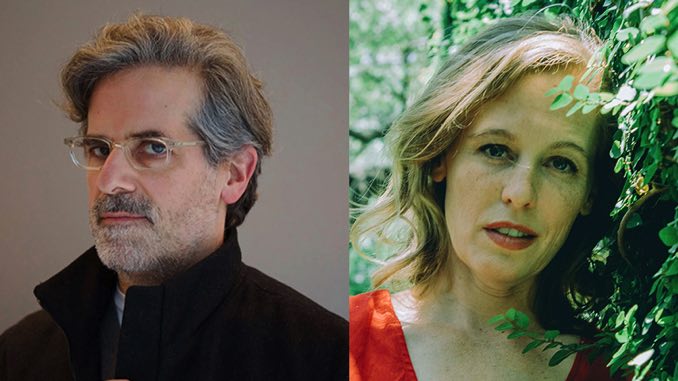 SongWriter
is a podcast of stories and “answer songs,” featuring David Gilmour of Pink Floyd, Joyce Carol Oates, Mary Gauthier, Cheryl Strayed, Amanda Shires and George Saunders. You can hear an exclusive preview of next week’s episode featuring Jonathan Lethem and Tift Merritt, only at Paste.

Bestselling author Jonathan Lethem has contributed lyrics to songs by They Might Be Giants and The Silos, and released an album co-written with Walter Silas-Humara. He says that he has always wanted “to be in the band.”

“I would just seek every opportunity to collaborate, and to try to inspire musicians to incorporate my language into their stuff,” Jonathan says.

On the newest episode of SongWriter, Jonathan offers a different kind of inspiration to Americana star Tift Merritt, in the form of his most recent novel, The Arrest. The book is what Jonathan calls a “dystopian pastoral” about a small farming community in Maine coping with the mysterious global failure of technology.

“The crisis that starts the book is [when] the past comes rushing back in the form of … Peter Todbaum, who is driving a nuclear-powered supercar,” Jonathan explains. “The last weapon, the last vehicle, the last espresso maker on planet earth.”

For a live online performance last year, Tift and Jonathan discussed the book, cross-inspiration in the arts, and parenting during the pandemic.

“I think one of the favorite questions that this book asks is, hasn’t the breakdown already happened?” Tift told Jonathan. “Aren’t we already lost and crazy, and living in a situation that is wrong?”

Jonathan’s novel resonated with Tift, as she’s been researching an abandoned asylum in her hometown as part of a developing creative project. Reading about the history of the asylum, she has been compelled to consider who gets to define sanity in a world that often feels insane.

You can hear a brand new song that Tift wrote in response to Jonathan’s novel called “Asylum in a Mad, Mad World” exclusively on SongWriter.

Ben Arthur is the creator and host of SongWriter. He’s @MyHeart on Twitter, and his newest song is “If You Need Me.”