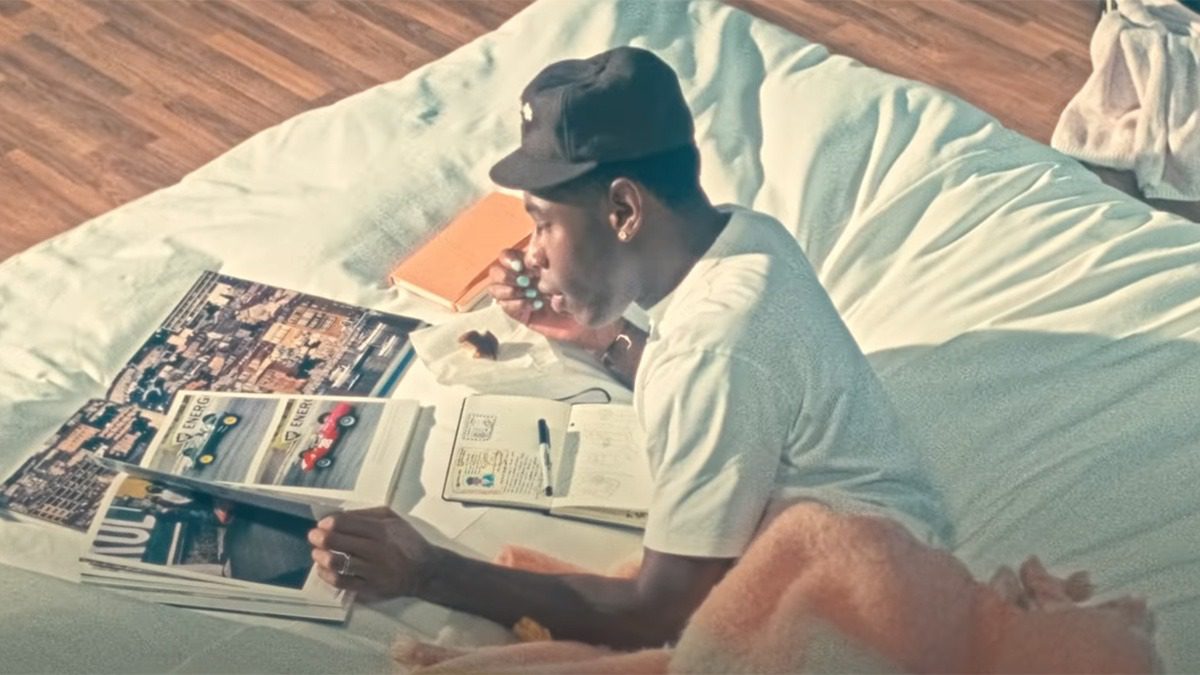 Creative visionary and Grammy Award-winning artist Tyler, The Creator is back and officially in album mode for summer 2021.

Throughout this past month, fans have noticed cryptic billboards that have been floating around Los Angeles, with the phone number “1-(855) 444-8888”. Calling this number, allowed listeners to hear a short snippet of audio from the rapper, making fans hopeful an album was just around the corner. Luckily, it turned out to be true.

On June 16th 2021, Tyler surprised fans on social media with the release of the single, “LUMBERJACK.” He teased the record as the fifth song on the track listing from his upcoming sixth studio album, CALL ME IF YOU GET LOST.

“LUMBERJACK” clocks-in at a short but sweet two minutes and 18 seconds in runtime, and features production from Tyler himself. It samples “2 Cups of Blood” from the influential 1994 Gravediggaz album, 6 Feet Deep. “LUMBERJACK” is also Tyler’s second collaboration with the legendary DJ Drama, and follows their 2012 release, “I’ma Hata,” off the Quality Street Music album. Drama compliments the track with his traditional scratching and charismatic adlibs which further amplify the energy and aggression given by Tyler. In the song, Tyler also makes reference to Drake with the line, “I hit Drizzy and told him I had a milli’ for him (Oh shit).”

CALL ME IF YOU GET LOST was announced from Tyler himself, via Instagram and Twitter on June 17th. With an official release set for this coming Friday, June 25th. Check out the Wolf Haley-directed video for “Lumberjack” below, and stay tuned for the album. The new single is available on various digital streaming platforms including Apple Music and Spotify via Columbia Records.