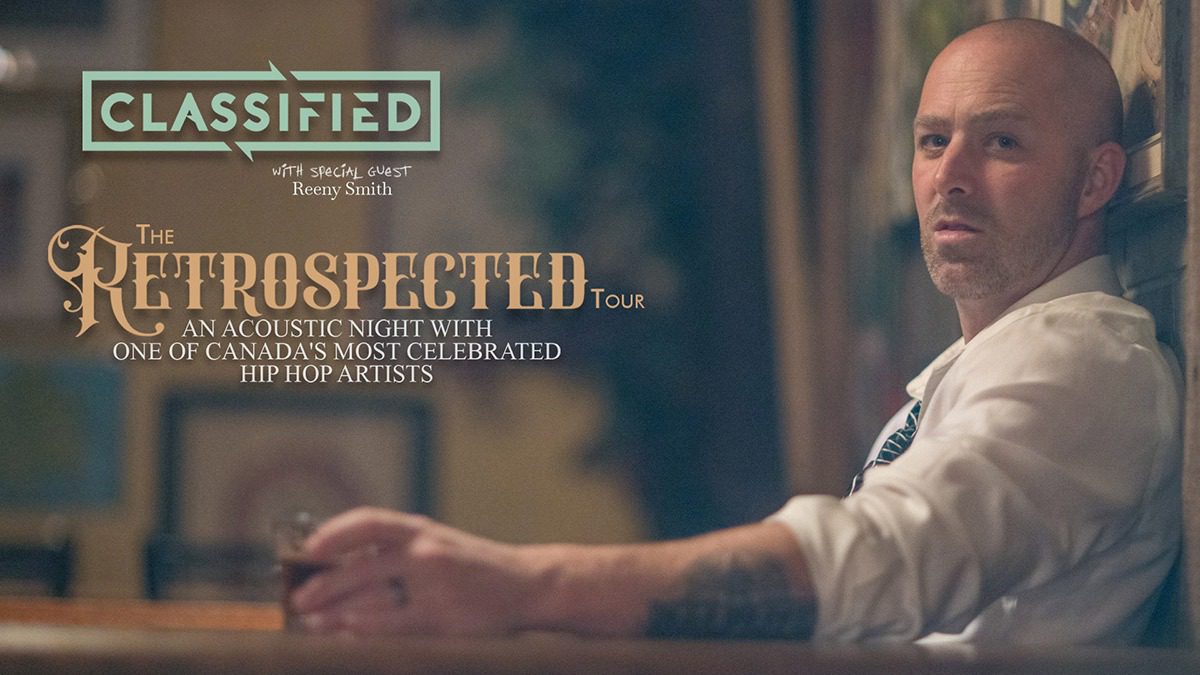 Along with announcing his new album, Retrospected, Classified has also announced the dates for his next national tour.

The Retrospected Tour, An Acoustic Night with One of Canada’s Most Celebrated Hip-Hop Artists, will run from mid-October until the beginning of March 2023. It kicks off officially on Oct. 14 in Peterborough, ON and wraps up in Class’ home-province Nova Scotia in Annapolis Royal. Along with frequent collaborators O’Sound and Brett Matthews, the tour will feature Nova Scotian singer-songwriter, musician, and producer Reeny Smith as a special guest.

“It’s been a while, but I’m hitting the road again and in a whole different way,” Class wrote of the tour. “I’ve toured this country over 15 times, but this one is gonna be different. This is my first acoustic tour, more intimate, more personal and really digging into songs from my 20 years catalogue.”

Check out the official flyer below. You can pre-save/pre-add Retrospected now on Apple Music, Spotify, and Deezer. 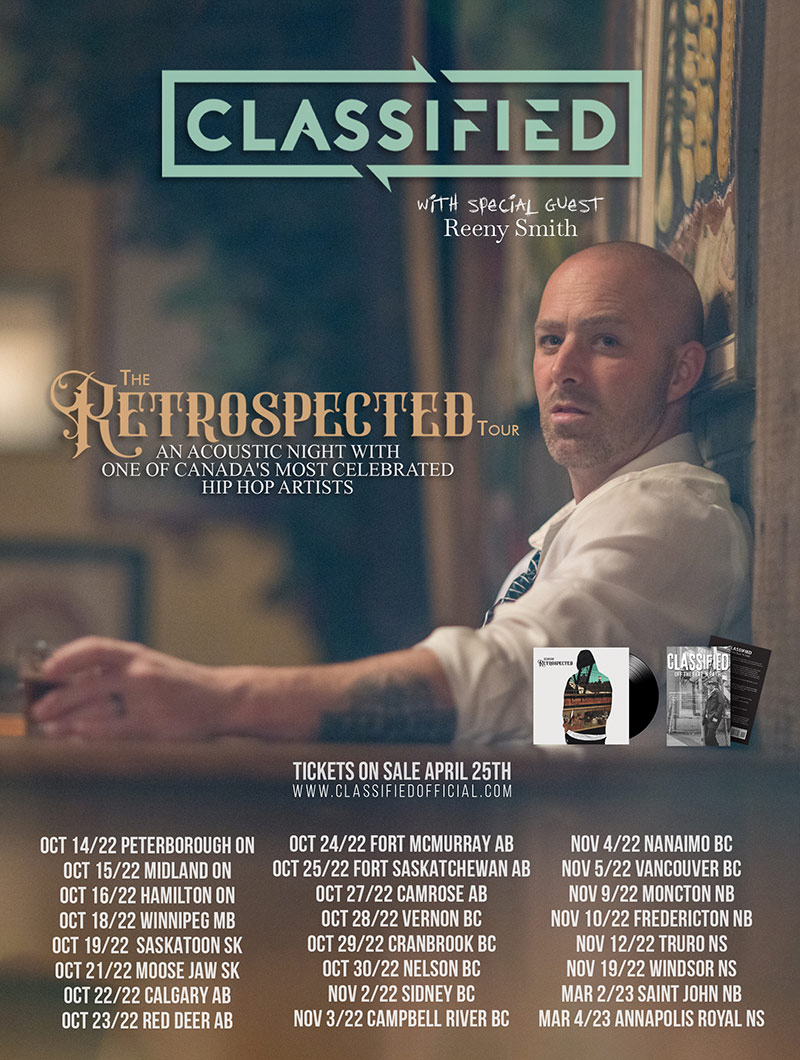