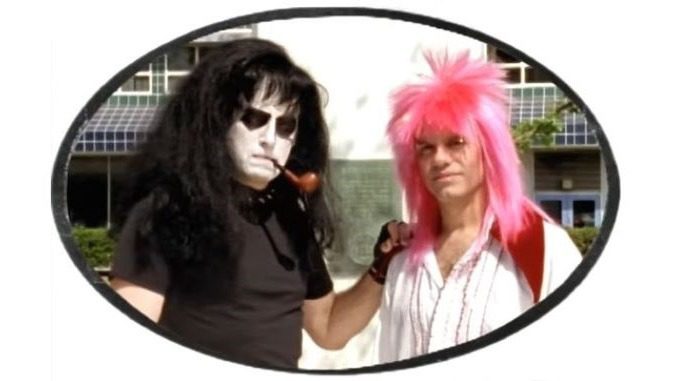 In 1997 Bob Odenkirk, David Cross, and John Ennis—all of Mr. Show, which aired its third season on HBO that same year—starred in the music video for Yo La Tengo’s song “Sugarcube.” Several years before the movie School of Rock, the video featured Odenkirk and Cross as two professors at the Pres. McKinley Academy of Rock, where they instructed prospective young rockers (and the members of Yo La Tengo) on such important lessons as The Foghat Principle and The Theremin and You. It’s very good, and yet for years the best version of it you could ever find on YouTube was something taped off TV onto a VHS tape.

Fortunately, in celebration of the album I Can Hear the Heart Beating as One’s 25th anniversary last Friday, a quality version of the video has finally been uploaded to YouTube. And it’s not just the one that aired a few times on MTV in 1997, but a full-on director’s cut, with additional footage and dialogue that didn’t make the original. Phil Morrison, the director, went on to direct the 2005 indie hit Junebug, which got an Academy Award nomination for Amy Adams, so you know he’s good.

If you’ve never seen “Sugarcube,” or just want to see it again without static lines and tracking squiggles, check out the director’s cut below. And if you want to reflect even more on Yo La Tengo’s greatness and longevity, check out our list of the 40 best Yo La Tengo songs.

If you really want to dive deep into the “Sugarcube” video, you can also watch this 12 minute conversation between Cross and the band about the making of the video, which also went up on YouTube last Friday. It’s worth it for the diehard fan of either YLT or Mr. Show.