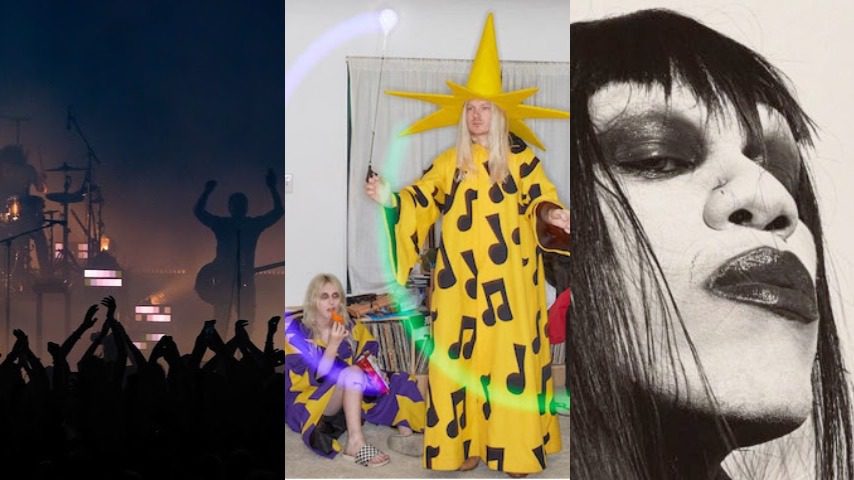 Back in February, Nine Inch Nails announced they would be rescheduling their canceled 2021 tour dates, pushing the first leg back to April and May, and the second leg to September. Since then, they’ve announced new festival dates, including sets at Boston Calling and Daytona Beach’s Welcome to Rockville. They’ve also announced a great list of opening acts for the North American tour, sharing that Boy Harsher, 100 gecs, Yves Tumor, Ministry and Nitzer Ebb would be joining them at various stops. The support lineup was “personally curated” by frontman Trent Reznor, according to a press release.

The first leg of the tour kicks off in Raleigh, North Carolina, on April 28, with electronic duo Boy Harsher, who released a new album and accompanying horror short The Runner earlier this year, opening that show and the May 1 show in Franklin, Tennessee. Hyperpop duo 100 gecs, who recently shared new single “Doritos & Fritos” from their forthcoming album 10000 gecs, will play both Philadelphia dates. After a break for the summer, the tour will resume with two dates at Colorado’s Red Rock Amphitheatre. Yves Tumor, who released their excellent The Asymptotical World EP last year, will be joining the band for six shows, including the Red Rocks dates, before fellow industrial pioneers Ministry and Nitzer Ebb join for the last date of the tour in Cleveland, Ohio, on Sept. 24.

Revisit a 1994 Nine Inch Nails performance from the Paste archives below, and keep scrolling for an updated list of the band’s tour dates with support acts. You can buy tickets for each show here.