“Juice was a prolific artist who dedicated his life to making music. Choosing how to share his upcoming music with the world has been no easy feat. Honoring the love Juice felt for his fans while shining a light on his talents and his spirt are the most important parts of this process to us.

Earlier this week, Juice’s mother, Carmela Wallace announced the establishment of the Live Free 999 Fund which will receive additional support via Grade A and Interscope Records.

Tonight we will be releasing a song called ‘Righteous’ which Juice made from his home studio in Los Angeles. We hope you enjoy this new music and continue to keep Juice’s spirit alive. Stay safe everyone.

Love Carmela Wallace, Juice’s Family and the Grade A team.”

The song “Righteous” was leaked earlier this year, but today’s release is the final and official version sanctioned by Juice’s family.

Juice WRLD, born Jarad Anthony Higgins in Chicago, Illinois, passed away just six days after his 21st birthday after suffering from a seizure induced by acute oxycodone and codeine intoxication.

The last official project released during Juice’s lifetime was his second studio album, Death Race for Love, which was released through Grade A and Interscope on March 8, 2019. The album debuted at number one on the US Billboard 200 with sales of 165,000 album-equivalent units and became certified Gold by the Recording Association of America (RIAA).

Check out the new song and Steve Cannon-directed video below. 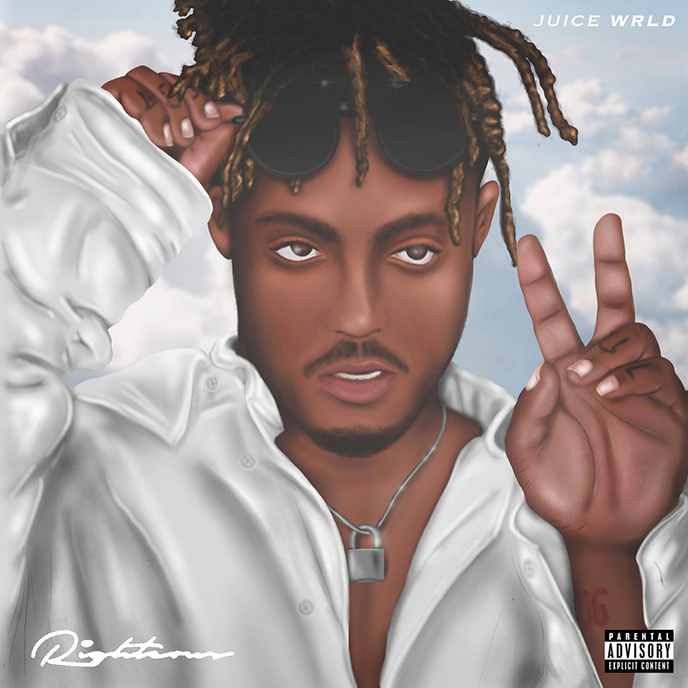