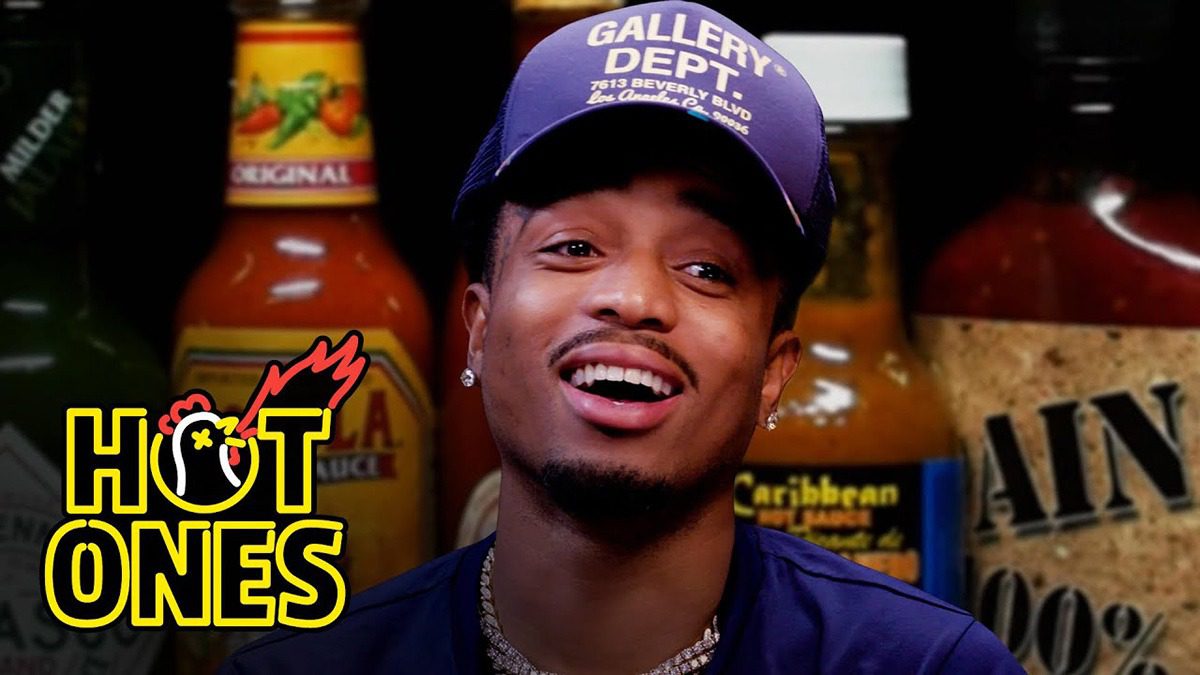 Currently promoting his group’s upcoming album, Quavo of Migos stopped by Hot Ones to test his tolerance of spicy foods. Quavo’s cousin Offset was featured in the series back in 2019, where he famously “screamed like Ric Flair while eating spicy wings.”

Quavo is a rapper, songwriter, and record producer you know as one-third of the rap group Migos. The latest single, “Straightenin,” is out now with the group’s upcoming fourth studio album Culture III set to release on June 11th. But how is he with spicy food? Find out as Quavo follows in the footsteps of Offset and attempts to scale the heights of Mount Scoville, discussing everything from Jeff Goldblum fits, to studio sessions with DJ Khaled, to partying with Elon Musk along the way.

Culture III will be the last edition to Migos’ popular Culture series. Check back at midnight (Eastern) to stream the album.

Hot Ones is presented by First We Feast, “an iconoclastic view into the culinary world, taking you behind-the-scenes with some of the country’s best chefs and finding the unexpected places where food and pop culture intersect.”