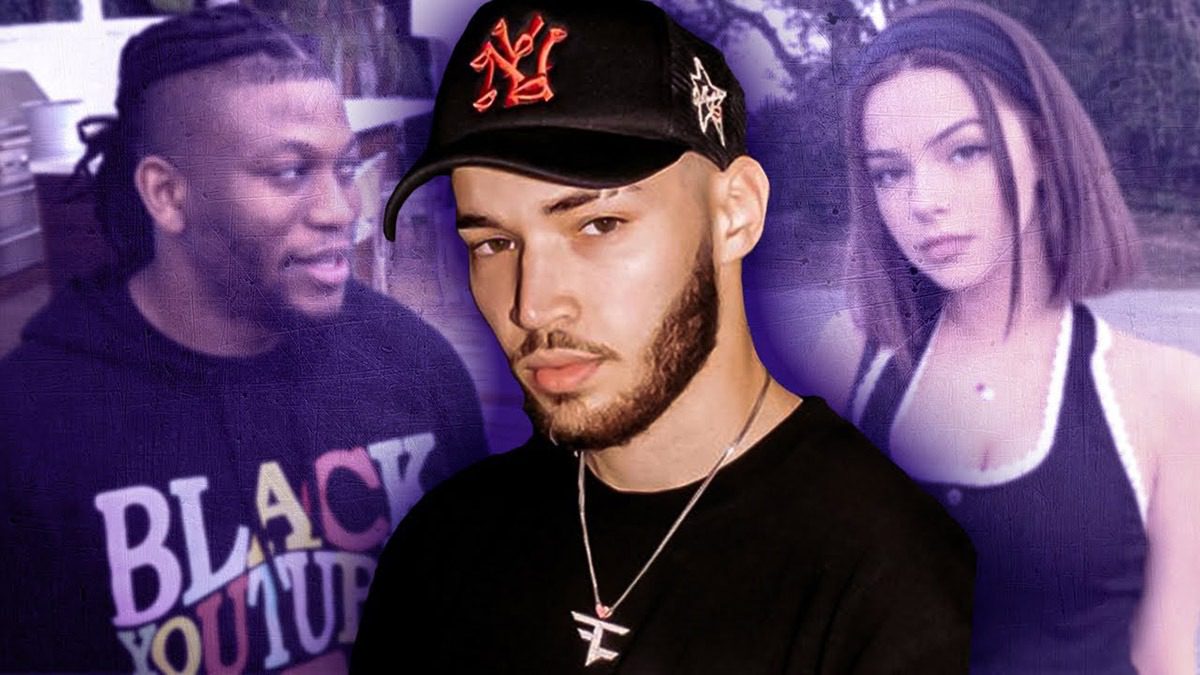 Popular Florida internet personality and Twitch streamer Adin Ross (previously known as Adin2Huncho) was reportedly banned from the streaming platform on Saturday. Ross gained a lot of fans making gaming videos and wager matches, against other gamers and even some popular rappers. Earlier in the month, Ross had skyrocketed to the fifth most subbed streamer on the platform, hitting over 50,000 paid subscribers. The ban apparently comes as a result of Ross engaging in behaviour on GTA Online that the platform said violated their policies.

At the beginning of May, Patrick Cc: dropped a 20+ minute in-depth look at “The Curious Case of Adin Ross…” Patrick looks at how Ross’ online career began to surge, and the controversy he’s brought his way in recent months (unrelated to his Twitch antics). Ross has taken part in viral videos involving Lil Tjay, Lil Yachty, Polo G, and others.

In April, he might have taken it a bit far by being part of a reaction video to the highly disrespectful, “Who I Smoke.” Without realizing what he was doing, Ross was tricked into rapping along with the song and essentially disrespecting the people mentioned in the lyrics, which enraged Jacksonville rapper Foolio.

Patrick Cc: takes a look at that situation, and how Ross has navigated the other controversies that have come his way. As Patrick puts it, “Ross is going viral every day.”

It’s unclear if Twitch will lift the ban, he’ll probably continue to do grow his brand, with or without them… and you’ll usually find him on the SSB GTA RP server. Check out the Patrick Cc: video below along with Ross’ reaction to the Twitch ban.