Toronto artist Lil 6 is back with a new visual for his AudiobySamuel-produced “10 Million X2.”

The Jane & Finch rapper started the “10 Million” series early in his career and gained attention from hundreds of thousands of listeners worldwide. This freestyle quickly became a fan favourite in Toronto and the UK. After picking up streams quicker than he anticipated, Oliver El-Khatib featured the “10 Million” freestyle on OVO Sound Radio Episode 49.

Since that appearance, Lil 6 has released his debut project Phone Lines and Focus, a 10-song project that features the likes of Puffy L’z, Blockboi Twitch and notorious UK producer G.A.

His project debuted on the Canadian Hip-Hop/Rap charts not even 24 hours after the release. We can definitely anticipate a lot of new music and collaborations coming from Lil 6 this year.

Peep the Sonny Visual-shot video for “10 Million X2” below. 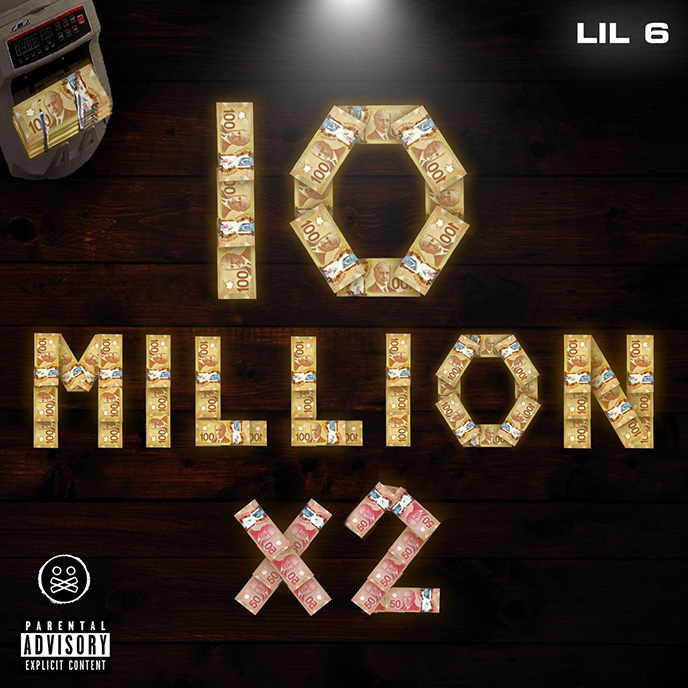