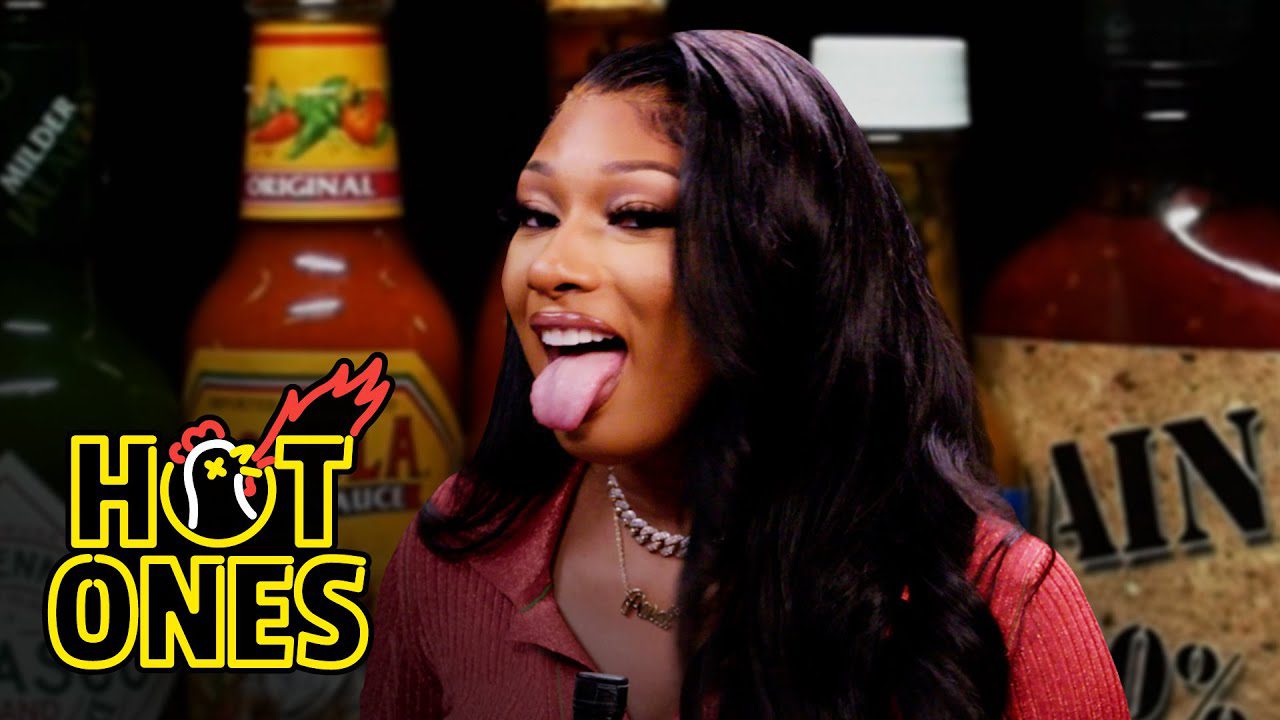 With Megan Thee Stallion teaming up with Popeyes to launch her own hot sauce, it only made sense that she stopped by Hot Ones. The Houston rapper was a recent guest on the popular First We Feast web series, and holds her own as she discusses a variety of subjects with host Sean Evans.

“Megan Thee Stallion is a three-time Grammy Award winner, philanthropist, and bonafide spice lover: She’s got her very own hot sauce—the limited-edition Megan Thee Stallion Hottie Sauce—launching at Popeyes on October 19. But how is she with super spicy food? Find out as Hot Girl Meg takes on the wings of death and discusses her love of anime, the time Cardi B brought a 120-pound albino python to set, and the major keys to a great freak anthem.” – First We Feast

Not only has Megan launched a hot sauce partnership with Popeyes, but she’s also been approved to become a Popeyes restaurant owner. More information about the hot sauce and her new Popeyes franchise can be found in the official press release, which we’ve quoted below:

“Beginning October 19th, Hottie Sauce will be spicing up the iconic Chicken Sandwich and the brand’s new Nuggets in Canada and in 14 countries around the globe. This marks the first time Popeyes will release a new variation of its iconic Popeyes Chicken Sandwich. Popeyes x Megan Thee Stallion merch will feature three exclusive releases, with the first collection, Thee Heat, dropping at 12 PM EST on October 19th at TheeHottieSauce.com to celebrate Megan Thee Stallion Hottie Sauce hitting stores. The Hot Girl Summer Icon didn’t stop there, she now has a new alter ego: Popeyes U.S. Franchise Owner, as Popeyes has approved Megan to become a Popeyes restaurant owner.”

For more info, head to TheeHottieSauce.com.