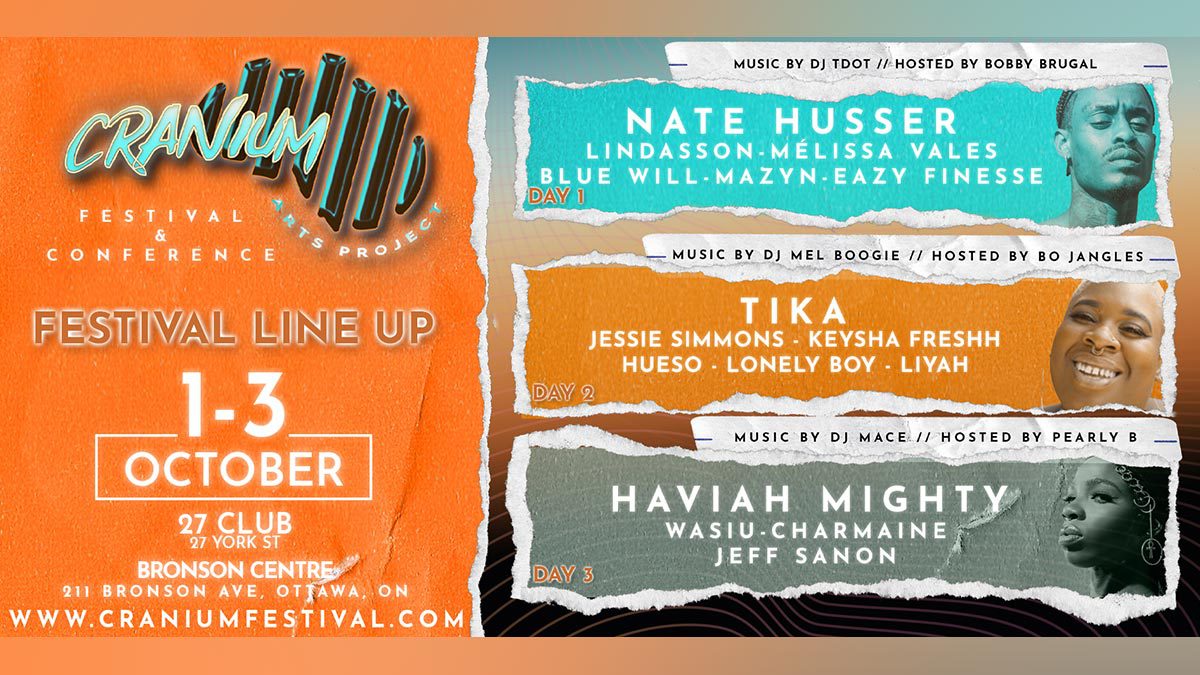 We’re just a couple of days away from the annual CRANIUM Festival, presented by the CRANIUM Arts Project. CRANIUM Festival 2021, taking place from October 1 through October 3, will go down in 3 different venues across Ottawa including The Block Party, The 27 Club, and the Bronson Centre.

The festival kicks off on Friday, October 1 at 4 p.m. inside The Block Party for an intimate concert hosted by Moun Fou. The event will feature performances by Crook The Kid, Seiiizi, and Sam Faye. Later that same day, the festival moves to The 27 Club for an 8 p.m. gig hosted by Ottawa’s Bobby Brugal, and featuring music by DJ TDot. The lineup for that concert includes Eazy Finesse, Mazyn, Blue Will, Mélissa Vales, Lindasson, and Nate Husser.

On Saturday, October 2, the festival heads to the Bronson Centre for an event hosted by Bo Jangles and featuring music by DJ MelBoogie. With a start time of 6 p.m, the lineup includes Hueso, Liyah, Lonely Boy, Keysha Freshh, Jessie Simmons, and TiKA.

On the final day of the festival, October 3, they had back to The 27 Club for another night of performances which will be hosted by Pearly B. With a 7 p.m. start time, the lineup will include Jeff Sanon, Charmaine, Wasiu, and Haviah Mighty. You’ll also be treated to music from DJ Mace.

Tickets for the festival can be purchased on the official website CranimumFestival.com. Check out the flyers and other festival promotions below.

Along with the festival, the CRANIUM team is also promoting a ton of great content in their 2021 CRANIUM Conference, which you can find details for below. 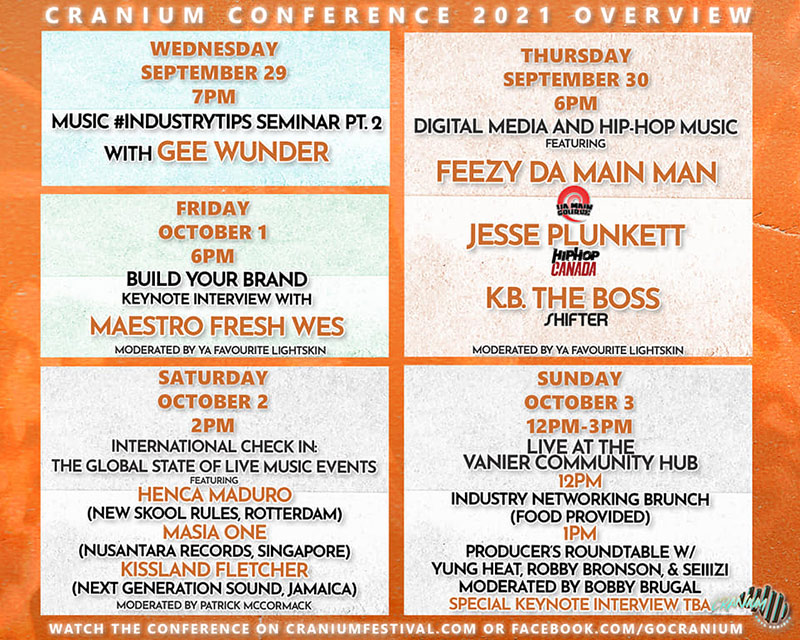 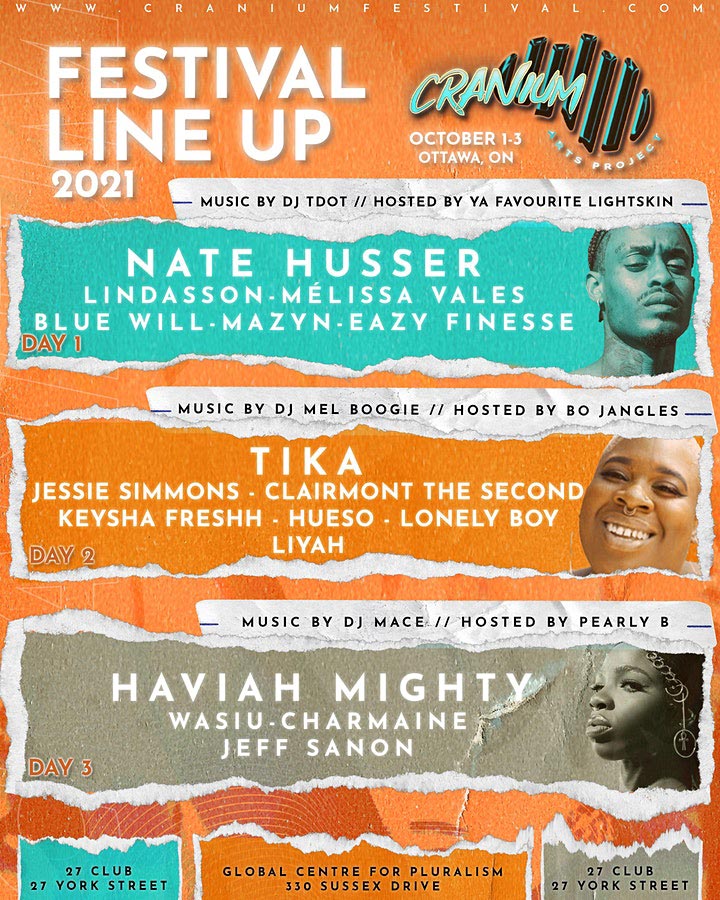