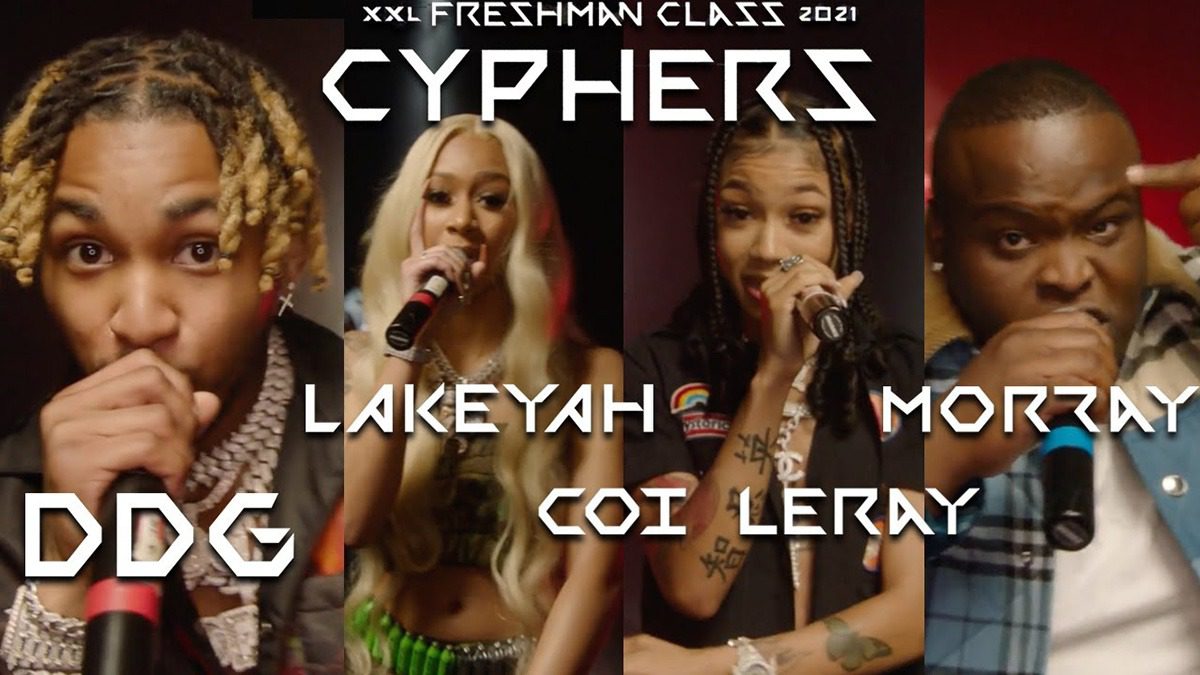 Boston artist Coi Leray is featured in a new “XXL Freshman Cypher” which is causing a bit of a stir on social media. The video, which features Leray rapping on a beat by Internet Money’s Nick Mira, who also provides adlibs for the performance.

The video, which also features verses by Lakeyah, Morray and Freshman 10th spot winner DDG, has been viewed over 600K times to date and is currently the #2 trending item on YouTube. And while Lakeyah and DDG (and even Mira) have been largely praised for their part in the four plus minute clip, Leray has found herself on the receiving end of some harsh criticism from fans.

“So nobody told coi leray that everyone rights their verse and you don’t have to freestyle?” asked one YouTube user.

“I could have went my entire life without hearing Coi’s jumbled words lol,” commented another. Unfortunately, the comments seem to be even worse on Twitter. Even some loyal fans expressed disappointment at how her Cypher appearance turned out:“I CAN’T KEEP DEFENDING COI LERAY IF SHE KEEPS PERFORMING LIKE THIS…. IDK ABOUT THIS XXL CYPHER.🥴 I LOVE HER ENERGY BUT HER MUSIC IS GIVING KIDS BOP OR EARLY MORNING DISNEY WITH THOSE NOISES & SUCH…” – @ZAJGSRJZSR

This might be an appearance Leray ends up wishing she can take back, but overall the young star has seen her stock rise at an incredible rate over the past 12 months. Along with making this year’s freshman class, Leray has released some major records this year including “No More Parties,” the “No More Parties” remix, and the Pooh Shiesty-assisted “BIG PURR.” Most recently, she’s featured alongside Kodak Black and Mustard on “At The Top,” which has pulled in over 2.3 million streams on Spotify since June 25th.

There’s also been recent ties between Leray and Pressa, with Leray being featured on the Toronto rapper’s “Attachments” remix which is sitting at 3.2 million Spotify streams.