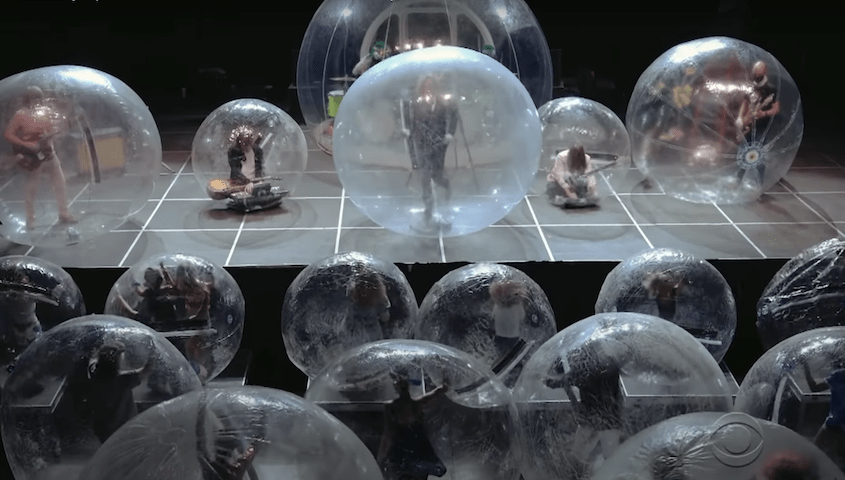 In the newest display of quarantine creativity, the Flaming Lips delivered a performance of their song “Race for the Prize” with both the band and audience members safely enclosed in their own inflatable bubbles. Performing as part of the #PlayAtHome series on The Late Show with Stephen Colbert, the Flaming Lips have joined the ranks of Tame Impala, Alicia Keys and Brandi Carlile.

The Flaming Lips also recently collaborated with Kacey Musgraves on the single “Flowers of Neptune,” which was the group’s first new independent material since their 2019 album King’s Mouth And Songs. Read more about the release here.

Watch the Flaming Lips put on a strange, socially-distanced performance below.