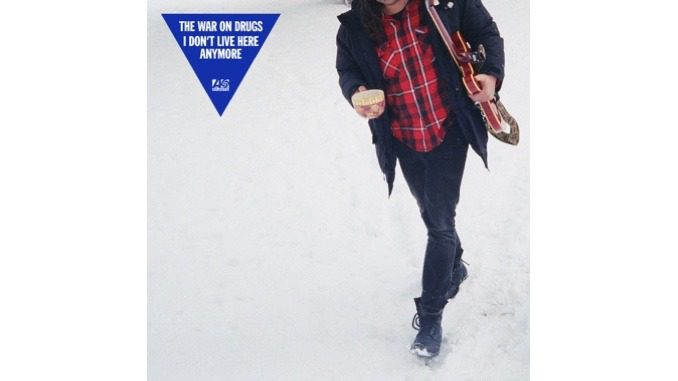 With their 2008 debut album, Wagonwheel Blues, The War on Drugs burst out the gate boasting immense promise and impressive musicality. The project itself was exciting but disjointed; a selection of solid tunes were plainly laid out, but didn’t quite fit together. They experimented with bluegrass, country, folk, alt-rock and any other genre they deemed themselves fans of—which, in turn, made them masters of none. The band’s 2011 sophomore effort, Slave Ambient, served as an antidote to the disarray.

This time, cohesion was palpable, as well as frontman Adam Granduciel’s confidence. Tracks like “Baby Missiles” showed off the group’s undeniable chemistry when it comes to composing vibrant, pulsating anthems. The War on Drugs’ trajectory only continued upward, culminating in 2017’s A Deeper Understanding winning a Grammy award for Best Rock Album. On I Don’t Live Here Anymore, the band had a decision to make at the metaphorical fork in the road: Would they continue down the path of being a successful—albeit predictable—guitar band, or take a risk and produce work outside of their wheelhouse? Somehow, the answer turned out to be both.

Like Wagonwheel Blues before it, the bones of I Don’t Live Here Anymore are strong and sturdy, but its execution is more nuanced, more daring, more personal. Granduciel has always sung as if his lips were pressed to someone’s ear and that intimacy remains intact, particularly in the album’s most vulnerable moments. The tenderness on opener and lead single “Living Proof” is wrapped in lush piano chords and simple lyricism about feeling foreign to a place you once called home.

“Ring Around My Father’s Eyes” is the second-to-last track on I Don’t Live Here Anymore and the barest Granduciel has ever laid himself on a song. His pensiveness surrounding fatherhood—which encompasses the relationship he has with both his father and son—is earnest and shows how beautifully he can decipher his own ruminations. Pairing that and “Living Proof” as bookends would have been the optimal move—the stirring emotion both tracks conjure up reiterates how The War on Drugs harness their artistic power. Instead, “Occasional Rain” ends things on a more optimistic note, with beaming synths becoming the sonic equivalent of darkness dissipating after the storm.

But the most thrilling parts of the LP are in the center, the space where The War on Drugs feel free enough to deviate from the expectations that made them mainstream darlings. “I Don’t Wanna Wait” starts off slinkier and more sensual than what we’ve heard from them in the past. An echoey bridge gives way to well-paced rhythms, justifying the patience it takes to reach that payoff. The title track, which features an appearance from sugary pop-rock duo Lucius, possesses devastating, yet wistful clarity. The hook for “I Don’t Live Here Anymore” feels gargantuan in both execution and intention.

“Victim” is where I Don’t Live Here Anymore reaches its peak. Springsteen, Dylan and Petty references have been omnipresent throughout the group’s entire discography, but here is where they most formidably collide. The dark, synthy ‘80s introduction dramatizes Granduciel’s voice just the right amount until the percussion kicks in, where he icily declares: “Honey, I’m the victim of my own desire.” This phrase could sum up the overall feel of the record; the vocalist excels when he doesn’t just give into his own creative impulses, but rather actively embraces them.

Over the past 13 years—and with each project—The War on Drugs have continuously grown into fuller and more realized versions of themselves. I Don’t Live Here Anymore is fitting for their newest form: revered musicians with over a decade of quality music under their belts who never lost sight of the prize.

Candace McDuffie is a culture writer whose work has appeared in outlets like Rolling Stone, MTV, NBC News, and Entertainment Weekly. You can follow her on Instagram @candace.mcduffie.