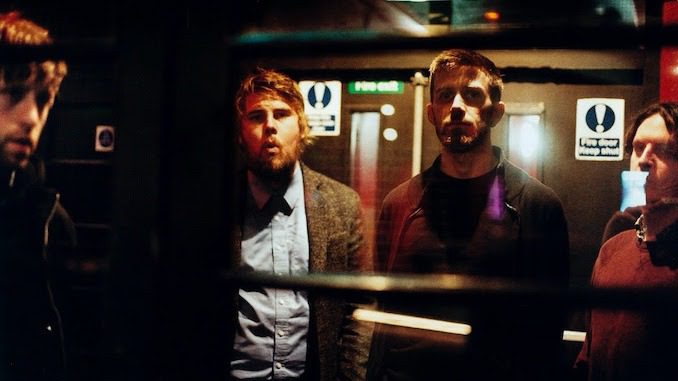 Dublin noise rockers Girl Band have announced their name change to Gilla Band on social media today (Nov. 16). In an apology posted to their Twitter, the band said:

We are changing our band name.

We will no longer be performing or releasing records under the name Girl Band. We apologise for choosing a misgendered name in the first place and to anyone who has been hurt or affected by it.

When we were starting off it was chosen without much thought, from a place of naivety and ignorance. We had no grasp of the weight of it at the time and in the past few years have found it impossible to justify or explain this choice.

Regardless of our intention the effect of the name has been damaging to individuals. To try and negate any unfortunate role we’ve played in propagating a culture of non inclusivity in music or otherwise, we have decided to change it.

Thank you to those who spoke up about it and educated us on this, either directly or indirectly. Moving forward we will be performing and releasing records under the name Gilla Band. Gilla being a given name taken from Old Irish.

The band received criticism for the name along with several other bands such as Viet Cong, who changed their name to Preoccupations in 2016, and Slaves, who changed their name to Rain City Drive in 2020 following the Black Lives Matter protests. In an interview with Vice prior to the name change, Gilla Band bassist Daniel Fox said, “Some people probably think we are taking the piss out of girls, which we are very much against … I’d really hate to think that we put any women off, or any people off. But you could only do what you do and if people choose to get offended, whether they are men or women, they are entitled to feel the way they feel about it.”