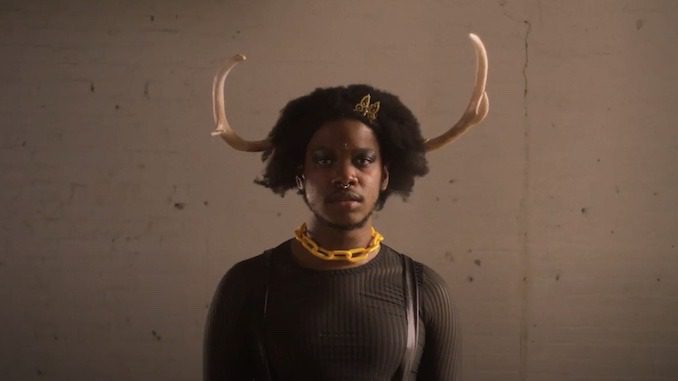 As music lovers, this week may have been a tough one. However, we also need to remember that we are a community with enough love and support to go around! Here at Paste, we recognize the therapeutic nature of listening to your favorite song. Why not find some new ones? Whether slipping into the melancholic beauty of caroline or dancing your heart out with Real Lies, Paste has something for everyone as always. Sit back, find some new tracks and take care of yourselves this week. We’re glad you’re with us.

If caroline’s summer standout “Skydiving onto the library roof” passed you by, now’s your chance to set things right. The London-based eight-piece combine elements of classical minimalism, Appalachian folk and even Midwestern emo into songs that feel both spare and sweeping, managing to mesmerize in spite of their rustic, even spartan simplicity. On their latest single, “IWR,” Jasper Llewellyn’s gentle nylon-string guitar is the tiny seed from which a towering tree slowly, surely grows, with almost lullaby-like group vocals urging it on: “Somehow / I was right / all along,” caroline insist as the track expands, guitars, bass and percussion all blossoming. Oliver Hamilton and Magdalena McLean’s violins cast the entire song in a bold, new glow, and by its denouement, it’s almost unrecognizable, like waking up in an unfamiliar place, yet feeling no fear. Caroline’s self-titled debut album (Feb. 25, 2022, Rough Trade) is a journey we can’t wait to embark on. —Scott Russell

Mitski: “The Only Heartbreaker”

After returning to the spotlight last month with a world tour and her first new single in over three years, Mitski has revealed the centerpiece of her comeback, announcing the follow-up to 2018’s universally acclaimed Be the Cowboy. Her sixth studio album, Laurel Hell is out Feb. 4, 2022, on Dead Oceans. An upbeat new wave track that leads with shimmering synths, “The Only Heartbreaker” renders Mitski’s story of romantic imbalance with bold, bright instrumentation, its keys and fuzzy guitar riffs further strengthening her anthemic melodies. “So I’ll be the loser in this game / I’ll be the bad guy in the play / I’ll be the water main that’s burst and flooding / You’ll be by the window, only watching,” sings Mitski, accepting the punishment for her good deeds. —Scott Russell

London art-rock singer/songwriter Nilüfer Yanya will follow her acclaimed 2019 debut Miss Universe with PAINLESS (March 4, 2022, ATO Records), she announced this week, detailing the forthcoming album and releasing its lead single. “Stabilise” augurs great things to come on Yanya’s new record, blending the hushed, melodic atmospherics of The xx with the precise, propulsive musicianship of Bloc Party. Nervy and uptempo, the track is built on a rapidly looping guitar riff that enters your brain like a key sliding into a lock, each pin tumbler clicking perfectly into place. Meanwhile, Yanya’s breathy murmurs set a scene of urban isolation and numbness: “Nothing goes above the high rise / Like no one gets back into your life / In a couple days I’m gonna lose this / In a couple places getting bruises / Just to heal my body,” she sings, hurting just to feel something. A mesmerizing first taste of PAINLESS, “stabilise” is an empowering reminder of the freedom to be found in solitude, communicated through utterly hypnotic rock. —Scott Russell

Philadelphia-based indie-rock artist Shamir has announced a new album, Heterosexuality, out Feb. 11, 2022. Along with this announcement, he shared the lead single of the album, “Cisgender,” with an accompanying video. In “Cisgender,” Shamir appears against a blank wall with a bold, bright yellow chain around his neck—one that connects him to an accompanying guitarist. He howls and passionately sings of confronting judgments of sexuality. A daunting fuzz at the beginning of the track shifts into a pounding industrial tune, with Shamir’s voice providing a strong sweetness to the track. —Ana Cubas

Fresh off their gorgeous single “Since I,” electronic duo Real Lies have been able to contain universes of life, loss and the power of the dance floor in their expansive synths. On their newest single “Your Guiding Hand,” they explore the catharsis of dancing in the midst of loss as jittery drums echo and crash around you, mimicking an emotional war within the body as it goes through grief. Real Lies’ power rests in their maximalism, creating a satisfying climax that is both euphoric and captivating. —Jade Gomez