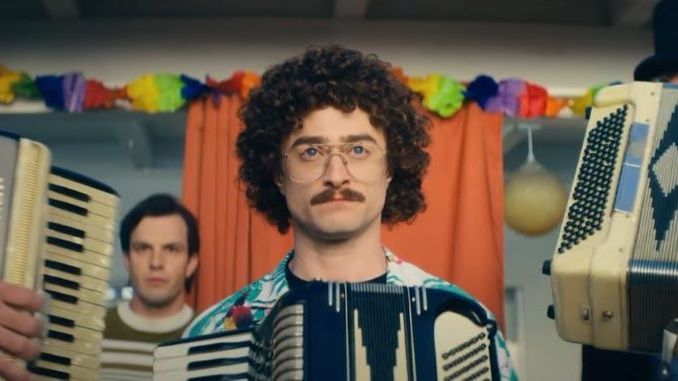 Like the rest of the civilized world, we were pretty intrigued by the news that Daniel Radcliffe would be playing “Weird Al” Yankovic in a biopic for Roku. Honestly, it didn’t even matter who played Al; just the existence of a movie about the life of the 20th and 21st centuries’ greatest musician made all of us here at Paste permanently atwitter. Al is the true unheralded poet laureate of post-modern America, and it’s about time the wider culture acknowledged that.

Now that there’s an actual trailer out for Weird, we can now broaden that excitement to genuinely encompass Radcliffe, as well. It’s a short clip, but the former Harry Potter is excellent in it, nailing Yankovic’s trademark combo of comic intensity and steel nails sexuality. Look at those abs! That little curl that dribbles down from his signature fro like it’s a signpost pointing us all to the promised land below. That moment of valiant heroism where he realizes the solution to whatever problem he’s facing can be found with an accordion in hand. “Weird Al” is a slippery, multifaceted figure, both clown and conquering hero, and in these brief glimpses of Weird we can see that Radcliffe understands the core of this almost mythical being.

Weird: The Al Yankovic Story premieres on The Roku Channel later this year. I hope everybody involved has gotten larger mantels installed for all the Oscars they’ll be winning next spring.