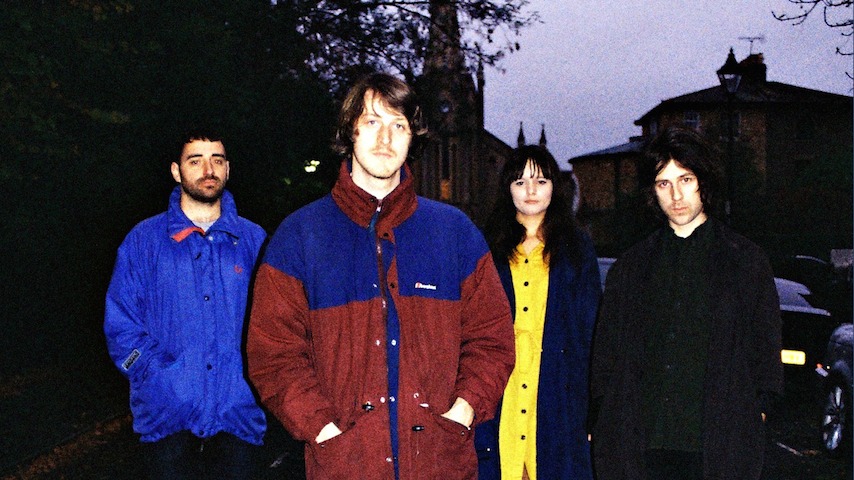 London quartet Pynch have shared a new single “Somebody Else,” alongside an accompanying video. This is the band’s second single for Speedy Wunderground (black midi, Squid, Kate Tempest), and it follows their 2019 debut single “Disco Lights.”

“Somebody Else” is filled with urgent, self-reflective synth-rock. It sees lead singer Spencer Enock second guess his life choices and crumble under the weight of expectations—leading him to mull over a spontaneous move to Japan, among other things, before deciding that he just wants to “feel something real.” It’s a crescendo of conflicting emotions and restlessness, marked by nimble, bold guitar solos, gurgling synths and thrumming programmed drums.

“I wrote and recorded the song over a couple of days in April after losing my job and going back home to live with my parents during the pandemic,” Enock says. “The song is sort of a mediation and reflection on that and me figuring out whats going on in my life. I wanted the video to be a document of this time as well and what it’s been like coming back home. I saw an advert on Facebook marketplace for a ‘lockdown bike,’ which was £20 and made up of loads of random parts, so a lot of the video is me riding around Thanet on it like a 14 year old.”

Listen to “Somebody Else” below.