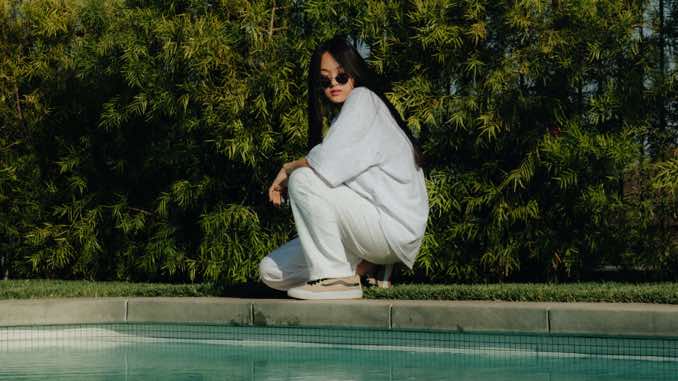 South Korea-born, L.A.-based musical multi-hyphenate Park Hye Jin has announced that she’ll follow one of 2020’s best EPs with her full-length debut Before I Die, out Sept. 10 on Ninja Tune. The producer, rapper, singer and DJ wrote, produced and performed the entire album, and offered a first preview Tuesday in the form of album opener “Let’s Sing Let’s Dance.”

Unlike the electro-trap banger of a Clams Casino/Take A Daytrip collab (“Y DON’T U”) she released in May, “Let’s Sing Let’s Dance” is downtempo and melodic first and foremost, with a pumping 4/4 dance beat under soft piano and Hye Jin’s wistful vocals. The song is soaked with gratitude and reverence for music’s power to create community—what better way to celebrate that?

Hye Jin will support her debut in October with a handful of North American tour dates, including a co-headlining Brooklyn show with Shlohmo, and appearances at III Points Festival and Buku Festival in Miami and New Orleans, respectively.

Listen to “Let’s Sing Let’s Dance” below and see the details of Before I Die further down, along with Park Hye Jin’s tour dates.


Before I Die Tracklist:


Before I Die Album Art: