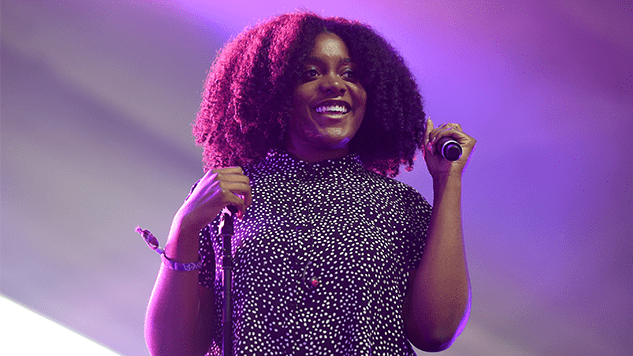 This past Tuesday, J. Cole released his now infamous song, “Snow On Tha Bluff,” a track addressing an unnamed woman—ostensibly Chicago rapper Noname (One of the song’s lyrics is “If I could make one more suggestion respectfully I would say it’s more effective to treat people like children,” apparently calling out Noname’s outspoken brand of activism).” In response, Noname has released “Song 33,” her first track since her 2019 single “Song 32” and a succinct rebuttal to J. Cole’s criticisms.

The track—clocking in at just over one minute—wastes no time before exposing the root problem with Cole’s complaints: In the midst of a global uprising to liberate Black lives, Cole chose to break his silence and became vocal only to tell a Black woman that she wasn’t doing a good enough job of doing his intellectual labor for him.

“I saw a demon on my shoulder, it’s lookin’ like patriarchy” she raps in the opening lyric, briefly touching on Cole’s track before moving on to bring attention to important issues and events that have happened during the movement. “Why Toyin body don’t embody all the life she wanted? / A baby, just nineteen” she sings,” referencing the 19-year -old Black Lives Matter activist Oluwatoyin Salau who was found dead just five days ago. She then continues, questioning why when “the world is in smokes? / When it’s people in trees? / When George was beggin’ for his mother, saying he couldn’t breathe / You thought to write about me?”

Listen to song 33 below.