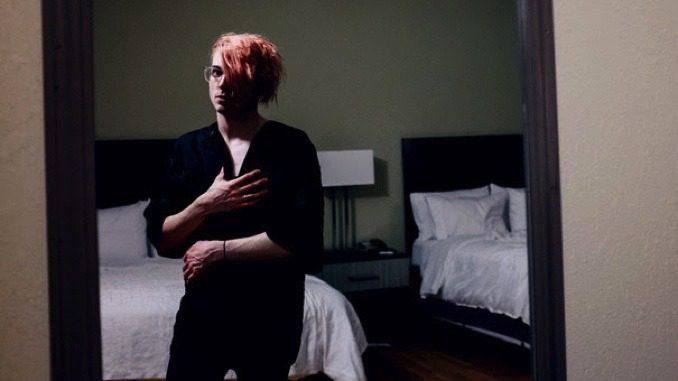 Philadelphia-based singer/songwriter Sam Ray has released his first new music as Teen Suicide in the better part of a decade, the six-plus-minute “coyote (2015-2021),” via Run for Cover Records. Ray formed Teen Suicide in 2009, most recently releasing 2016’s Bonus EP and It’s the Big Joyous Celebration, Let’s Stir the Honeypot, the latter of which was referred to as the band’s “final record” at the time. He has since released four albums with American Pleasure Club.

“coyote (2015-2021)” is a singular entry point to Teen Suicide’s music, a dreamy joyride through atmospheric indie rock, soothing ambient electronic and sound collage, and intimate folk-pop—as ever, Ray refuses to hold any one posture for long, bringing a vital creative energy to some of his most elegant instrumentation yet. Foregrounding the acoustic guitar over drums that roll like hills, Ray and co-producer Sean Mercer incorporate serene piano, horns (by Max Kuzmya) and electronic accents, as well as idyllic audio clips (such as what sounds like a family singing “Happy Birthday”). Only five minutes in does the track’s true form reveal itself, with Ray singing evocatively over acoustic strums: He conjures images of a “coyote lying dead / looks just like the family dog” and an “apple tree in the backyard / the sweetest thing I saw by far” that brim with death and new life alike.

“I wrote ‘coyote (2015-2022)’ when we were driving through Ohio, or one of those big open nothingness states,” Ray recalls in a statement. “The same simple, beautiful meaningless moments accrue meaning through repetition.”

A press release alludes to the open question of “what’s next from Teen Suicide,” suggesting a larger body of work may yet be on the way.