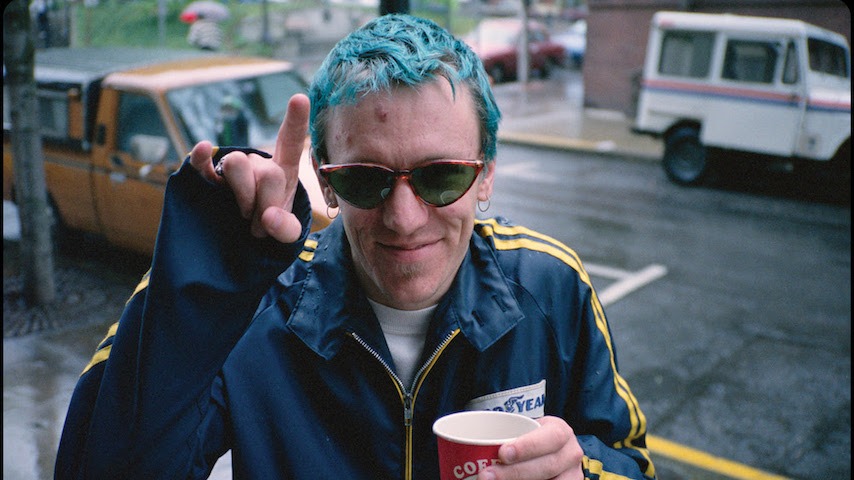 Kill Rock Stars has released a live recording of Elliott Smith performing “Some Song.” The track is off of a 1994 live set from Smith at Portland’s Umbra Penumbra—the earliest known recording of the late singer/songwriter as a solo act.

“Some Song” appeared first as a b-side from Smith’s 1995 Needle in the Hay single. It shows off Smith’s characteristically corrosive bleakness, with a refrain of “Help me kill my time / Cause I’ll never be fine,” painting a picture of a subject damaged to the point that the most that can be asked from life is for it to go by quickly. Live, Smith delivers the song with a wink, introducing it by saying, “I’ve got a rock song that I want to play.” Watch the lyric video for the song below.

The live recording of “Some Song” follows the release of “Big Decision” from the same show. Kill Rock Stars will release the full set alongside the Elliott Smith: Expanded 25th Anniversary Edition on Aug. 28. The physical version of this remastered anniversary edition of Smith’s sophomore album will come encased in a 52-page coffee table book that includes photographs by JJ Gonson along with handwritten lyrics and notes.

“As the person who originally signed him to the label, starting with the Needle In The Hay single and this self-titled album,” Kill Rock Stars founder Slim Moon says, “I am especially passionate about putting forward reminders of this phase of his career – his magic as a solo performer and as a writer of songs for simply guitar and voice with little or no accompaniment. I also really want him to be remembered for his humor, warmth, and absurdist sense of irony.”

Listen to “Some Song” below, and scroll down to hear audio from the Paste vault of Smith performing in 1998. Preorder the forthcoming reissue here.