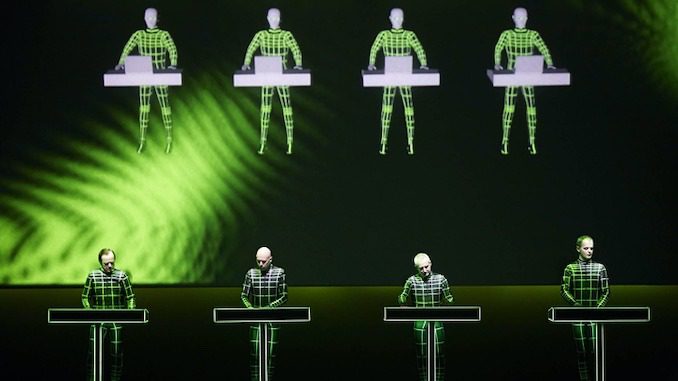 German electronic pioneers Kraftwerk were one of the countless acts who had to deal with canceled plans due to the pandemic. After being inducted into the prestigious Rock & Roll Hall of Fame this past weekend, the group has announced their return to North America in the summer of 2022 for a 3D tour experience.

The tour, which builds upon their immersive tour experiences of the past decade, kicks off at the end of May in St. Louis, Missouri, and will make stops in major cities as well as two Canada dates before ending off at the end of July in Seattle, Washington, and Vancouver, British Columbia, Canada. Tickets for the dates go on sale Friday, Nov. 5, at 10 a.m. local time. American Express cardholders can purchase tickets beginning on Tuesday, Nov. 2, at 10 a.m. local time.

Below, revisit Kraftwerk’s classic “The Robots” and keep scrolling for complete details of their upcoming tour dates. You can purchase tickets for the tour here.