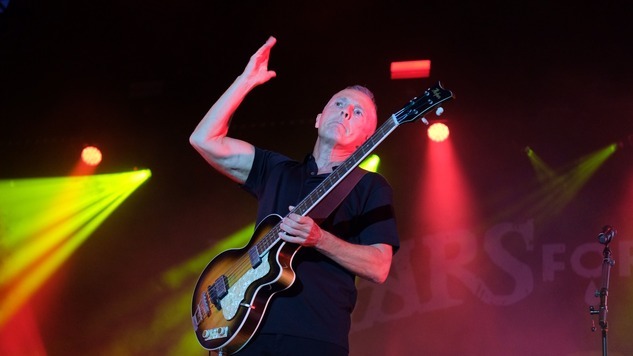 In 1985, Roland Orzabal and Curt Smith were on top of the world. Their 1983 debut LP The Hurting saw English synth-pop duo top the British charts, but their 1985 follow-up, Songs From The Big Chair, saw them reach the top spot in the U.S. The success of their second album stemmed from towering hits like “Shout” and “Everybody Wants to Rule The World.”

On this day in 1985, the group performed some of the most celebrated work of their career at London’s Hammersmith Odeon. In this concert, recorded for the King Biscuit Flower Hour, they tear through songs like “Suffer The Children” from their debut, but it’s second album cuts like “Mother Talk,” “Everybody Wants to Rule The World” and “Shout” that stand out the most, as they contain the most frequent moments of new wave fire power.

Believe it or not, Tears For Fears can still put on a zest-filled show, as demonstrated by their 2019 Shaky Knees music festival performance, which Paste dubbed “a true delight.”

Listen to Tears For Fears perform “Mother Talk,” “Everybody Wants to Rule The World” and “Shout” live in 1985 below.