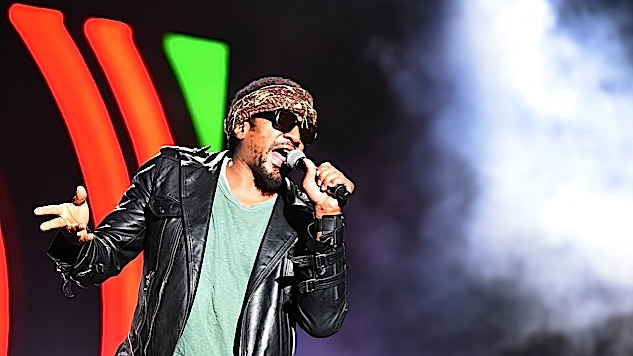 It’s been more than four years now since we lost A Tribe Called Quest’s Phife Dawg, who passed away in March 2016 as a result of complications from diabetes. A few months later, the rap group’s final record and first after an 18-year hiatus, We Got It from Here… Thank You 4 Your Service, followed, marking Phife’s last recorded appearance and an emotional final chapter in their influential careers.

Rewind about two decades, and it’s summer 1998. ATCQ are a few months away from releasing their fifth studio album and last before their aforementioned dismantling, The Love Movement, which went gold in the U.S. This show, recorded this very month (June 18) in 1998 at the now shuttered NYC music staple Tramps, is enough to make any ATCQ fan feel nostalgic. An announcer warms up the crowd with the introduction, “Ladies and gentlemen, the wonderful the fantastic the stupendous A Tribe—you know the rest—Quest,” before Q-Tip and Phife enter the stage to the tune of a “Big Yellow Taxi” sample. They perform favorites from their 1991 breakout The Low End Theory like “Buggin’ Out” and “Jazz (We’ve Got), plus several cuts from 1993’s Midnight Marauders.

Hear A Tribe Called Quest perform at Tramps in 1998 below via the Paste vault.


Read: One Author’s Heartwarming Journey with A Tribe Called Quest