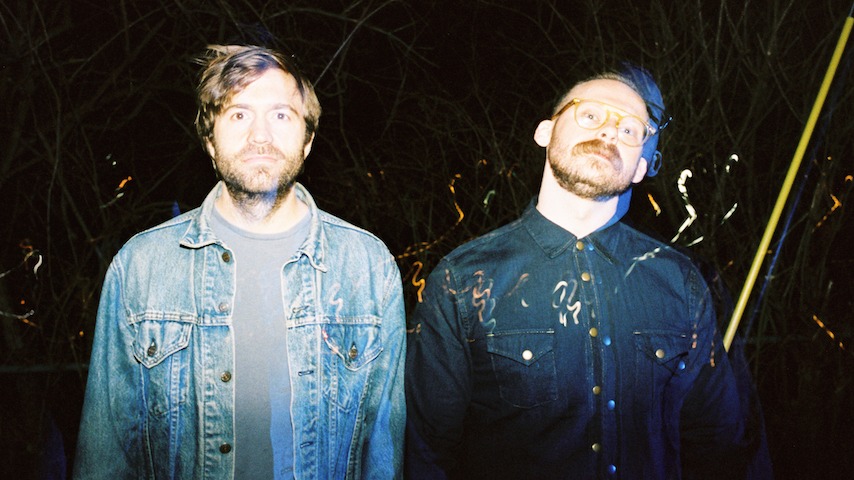 Penny & Sparrow’s Andy Baxter and Kyle Jahnke weren’t planning to spend 2020 grounded. Like so many other thousands of musical acts who make their livelihoods the old fashioned way—by touring—the global pandemic was not in the cards. But, now, it’s a reality we’re used to as shows are being canceled left and right like falling dominos further and further down the calendar. Baxter and Jahnke are making the best of it.

In lieu of touring, the Americana pair are throwing it back to 2019’s shows with a new live album recorded during their Dallas and Austin shows last year. Live in Texas, 2019 will arrive Aug. 7, and you can listen to the first single from the project, an Austin recording of “Bishop,” exclusively here at Paste below.

It’s a stirring recording, especially hearing it after so long without live music. “Bishop” is a song from their 2019 album Finch. It’s a spiritual song, but you don’t need to be religious to be moved by the pair’s eloquent rendering of these words in this recording: “Heal me by degrees / Fear is founded, be thou grounded.”

Live in Texas, 2019 holds special meaning for Baxter and Jahnke, as Austin and Dallas were the first cities they ever played in. But, at the same time, its arrival feels bittersweet since it comes in the wake of a canceled tour and a music industry rattled by the pandemic. Here’s what the band said about their forthcoming project:

A few months before the world of touring was out on permanent hiatus, we recorded 2 Texas concerts front to back. Austin & Dallas were the first two cities we ever performed in, and we took the best of each show and stitched them together to make a full length live album. “Live in Texas, 2019” comes out on August 7th & we hope you love it. Announcing this comes in the wake of having to cancel an entire tour. As painful as that choice was to make, it feels poetic and good to release a live album. For right now, maybe it can stand in the gap that concerts left. It also feels right to release “Bishop” as the first single. In a moment in time where there is much heartache and the need for national and personal growth, it feels good to sing “heal me by degrees”. We hope this song is a step toward better & we hope you love it.

Again, you can listen to the live recording of “Bishop” below. While you’re at it, revisit Penny & Sparrow’s 2019 Paste Studio session (where they covered John Denver’s “Annie’s Song”), further down. Keep scrolling for the Live in Texas, 2019 tracklist.